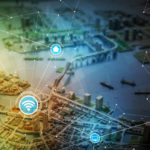 Criminal cyber attacks have been an issue for decades, but in recent years this concept has evolved to a level where cyber warfare is now a very real concern for national infrastructure and defence, writes Kevin Berry. While commercial cyber attacks are estimated to cost the global economy over US$6 trillion every year (Source: Herjavec Group 2017 Cyber Crime Report), targeted cyber warfare can be even more damaging (and potentially deadly).

Government departments, intelligence services, military organisations, financial organisations, nuclear facilities and commercial businesses with valuable Intellectual Property will all have stringent measures in place to mitigate physical and cyber security threats on an independent basis. However, they are often oblivious to the danger of leaving even a closed fibre network unprotected from physical attack.

Any data network, be it civilian or military, is only as strong as its weakest link. As such, the asset owners can be potentially exposed to the threat of state-on-state action, terrorism and industrial espionage, as well as incidents without motive without even recognising their vulnerability.

With low cost and readily available technology that requires little expertise, it’s possible for an agenda-driven individual or a state-sponsored team to tap into and infiltrate a network at the fibre optic level, harvesting data without raising the alarm or leaving an evidence trail.

Any data breach is of grave concern, of course, but those that pass undetected for any length of time raise the stakes significantly. What’s more, in some instances fibre optic networks run across vast distances, meaning that there could be tens of thousands of potential entry points for attack.

Effective detection of threats is vital for network security, but implementing additional processing or encryption of the data to do so has a significantly detrimental impact on bandwidth and latency, thus negating a major benefit of using fibre networks in the first place.

Unlike the widely used data encryption and protection schemes employed to protect data in transit, we’re pioneering a solution that doesn’t involve manipulation or processing of the data streams, but rather protects against physical intrusion of the fibre optic connection (thus avoiding third party access to the data and the potential for introducing additional vulnerabilities).

The technology has recently been implemented in a fibre optic intrusion detection and location solution as part of a US$11 million project for a major military closed data network. The organisation concerned has the responsibility to protect its closed user group data network, which is one of the largest in the world and used by more than one million military personnel. The project is expected to be delivered in phases over a 15-month period, but the solution is beginning to strengthen the network from Day One of the installation.

Another major benefit of this approach is that the deployment is completed with zero network downtime and can be rolled out across live infrastructure using dark fibres within existing cabling. 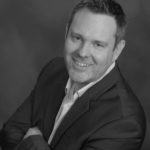 Until recently, there seems to have been a lack of focus on the security of networks by physical security operators, but I believe we’re now starting to see big improvements. This trend needs to continue.

A move towards improved cyber security standards around networked products will undoubtedly aid consumer choice, while adopting a lifecycle approach towards network security will help ensure systems evolve ahead of threats rather than simply reacting to them.

Protecting fibre optic data connections can be likened to protecting a physical perimeter fence. While it guards your assets within, it’s also at the front line of potential attacks. Therefore, it’s essential to ensure that it’s always protected and monitored on a continual basis, ensuring no unauthorised access occurs and that nothing can be removed without permission.

By ensuring that every part of your network as well as any devices connected to it are secured, it’s much harder for malicious entities to take advantage of any inherent weaknesses and much easier for your security measures to do their job effectively. This holistic approach towards network security adds an extra layer of protection which can be vital when the state and its population are potentially at risk.

Kevin Berry is Head of Information Security at Ava Group