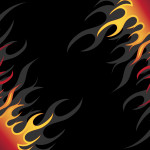 The recent news agenda has been dominated by stories concerning cuts in fire authority budgets and the effect that they will potentially have on jobs, services and local communities.

Last Saturday, demonstrators took to the streets in Lincolnshire to protest against proposed cuts to the Fire Service and urge members of the public to take part in a consultation process that’s currently ongoing.

Lincolnshire County Council has to find annual savings of £90 million by 2018-2019 meaning that Lincolnshire Fire & Rescue has to save £1.3 million for 2015-2016 – a significant reduction in its budget that will result in cuts to the number of front line firefighter jobs, the number of firefighters who respond to incidents and service cover at night.

Organised by the Fire Brigades Union ( FBU ), the demonstration was backed by a new campaign group, ‘Defend Our Fire Services’, which has been set up to ‘defend firefighter jobs and fire services in the county’. The group is calling on Lincolnshire County Council to ‘demand’ more money from central Government to fund the fire service.

Spokesperson Elaine Smith said: “There have already been reductions and there are going to be further reductions. I attended a consultation just before Christmas about the changes and all the options amounted to a reduction in service provision by having less firefighters on the front line and a slower response time when attending an incident. The people of Lincolnshire should not have to tolerate another emergency service that cannot function effectively due to staff cuts and inadequate funding.”

Dan Taylor, brigade secretary of the FBU in Lincolnshire, explained: “These proposals will impact on every single community in the county. They are dangerous and will devastate fire services for years to come. Reducing crews on fire engines, lowering officer numbers and increasing response times within an ever-growing city such as Lincoln is dangerous for the public.”

However, Dave Ramscar, chief fire officer for Lincolnshire Fire & Rescue, said: “We are confident that our proposals will have no significant impact on our ability to protect the public. The County Council has to find annual savings of £90 million and it’s only right the Fire Service plays its part. However, we will do this in a way that will minimise the impact on front line services.”

In the neighbouring county, the Nottinghamshire Fire and Rescue Authority has called for a raise in council tax to cover a deficit of more than half a million pounds in its budget. It has proposed a raise in its Nottinghamshire County Council tax precept of 1.95%, which would cost a Band D household an extra £1.39 per annum.

Neil Timms (head of finance) said that Government funding “just gets more awful. There will be no respite and what happens in May will not change anything. Grant amounts drop alarmingly year on year.”

Phil Coates, the FBU‘s East Midlands region chairman, added: “The pressures on finances for the Fire Service are quite substantial. If 1.95% keeps the public safe and keeps the current levels of staff and equipment, I don’t believe any reasonable person would balk at that sum. The Fire Service rates very highly in people’s local priorities and the FBU is fully behind this proposal.”

Heading east to Staffordshire and the news is all about 30 jobs being lost at Staffordshire Fire and Rescue Service over the coming year as cuts of £1.5 million have to be made, with a further £4 million needing to be shaved in the years up to 2020. Full plans will be considered by the Staffordshire Fire Authority at a meeting on February 16 before going out to public consultation, but Chief Fire Officer Peter Dartford has said that a number of measures have already been identified and that there’s a need to “do things differently” and be innovative.