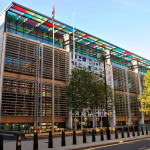 Radical proposals underpinning transformation of the way in which the police service, the Fire and Rescue Services and the ambulance service work together have now been unveiled by Prime Minister David Cameron and the Home Office.

The Government has already invested over £70 million in collaboration projects. Local areas have shown the benefits of joint-working between the Emergency Services, but there’s “more to be done” in order to improve the way they serve communities, cut crime, save lives and provide value for money for the taxpayer.

Measures outlined in a Consultation Paper just published by the Government encompass:

*Where a PCC takes on the responsibilities of a local FRA, allowing them to create a single employer for police and fire staff so that it’s s easier for them to share back office functions and streamline management 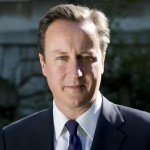 *Abolishing the London Fire and Emergency Planning Authority and affording the Mayor of London direct responsibility for the Fire and Rescue Service in the capital, as will be the case for the new Mayor of Greater Manchester

The Government is quick to point out that these proposals don’t alter the important distinction between operational policing and firefighting. The law preventing a member of a police force from being a firefighter will remain in place and there’s no intention of giving firefighters the power of arrest.

Central Government funding for the two organisations will continue to remain separate, as will council tax precepts, in turn maintaining transparency for local taxpayers about how their taxes are spent on local services.

Mike Penning – the Home Office Minister for Policing, Crime, Criminal Justice and Victims – explained: “It simply doesn’t make sense for the Emergency Services to have different premises, different back offices and different IT systems when their work is so closely related and they often share the same boundaries.” 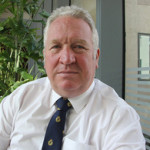 Penning continued: “Directly elected Police and Crime Commissioners are accountable to the people they serve and uniquely placed to improve the way in which Emergency Services are delivered at a local level. We propose enabling them to take responsibility for the Fire and Rescue Service where a local case is made for doing so.”

The MP for Hemel Hempstead concluded: “As a former firefighter, I know from first-hand experience how well the police and fire service can work together. We believe that better joint working can strengthen the Emergency Services and deliver significant savings and benefits for the public. This is about smarter working, reducing the cost of back office functions and freeing up the time of front line staff.”

Mark Francois – the Minister for Communities and Resilience – added: “With the number of fires continuing to fall each year, locally-led collaboration across blue light services can benefit everyone by freeing up front line staff, investing in fire prevention programmes and allowing for faster response times when incidents do occur, in turn saving lives and taxpayers’ money.”

Francois went on to state: “We want to remove any bureaucratic barriers to joint working and allow local leaders to make the arrangements that work best for them. Our first priority, though, will always be public safety. People can be assured that when they call 999 they will receive the response they need.”

Responding to the consultation launch, Lynne Owens and Giles York – the National Police Chiefs’ Council (NPCC) Leads for Emergency Services Collaboration and Workforce Development said: “We welcome any opportunity to enable the blue light services to work more effectively together in the public interest. There are significant efforts already being made in this area, for example with some forces now sharing premises with local Fire and Rescue Services and working towards deployment from joint Control Rooms. These tend to represent pockets of local innovation rather than the delivery of a strategic national plan.”

Owens and York continued: “It was surprising to see the suggestion that a chief fire officer would be eligible to apply for the chief constable post included in the Government’s proposal. This seems to suggest a fundamental change to the current position in which chief constables hold the office of constable and are experienced in the exercise of those powers. We will look to work with the Home Office and the College of Policing to better understand what’s proposed in order to enable a full and thoughtful response to this issue, grounded in public and not self interest.”

In conclusion, the joint statement read: “We will respond to the consultation more fully in due course, and look forward to continuing to work with the Government on this important issue.”