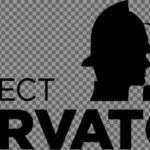 Project Servator – a policing tactic used to deter, detect and disrupt terrorism and a range of other criminality – is now operating across the entirety of London. The tactic is already active in various parts of the capital, including in the Square Mile since 2014, with the Metropolitan Police Service having launched two pilot teams during November 2016. The Met has now introduced a number of additional teams, meaning that the whole of London, including London City Airport and Heathrow Airport, will be covered.

Project Servator sees the deployment of both highly visible and covert police officers, supported by other resources such as dogs, horses, firearms officers, vehicle checkpoints, Automatic Number Plate Recognition systems and CCTV. The deployments can happen anywhere and at any time and include police officers specially-trained to spot the tell-tale signs of individuals who may have criminal intent on their mind.

The tactics used have been developed and tested by security experts at the Centre for the Protection of National Infrastructure in partnership with the City of London Police.

The new Met Police teams will work in partnership with hundreds of colleagues from the City of London Police, the British Transport Police and the Ministry of Defence Police in order to carry out deployments across the capital, including busy areas such as Shopping Centres, tourist attractions and transport hubs.

Superintendent Helen Isaac of the National Project Servator Team based at the City of London Police said: “Project Servator has been adopted by eight UK police forces since it was launched by the City of London Police in 2014, with more to follow in 2018. Officers have made arrests on suspicion of a wide range of offences and have taken drugs and weapons, including firearms and knives, off the streets. They’ve also seized uninsured vehicles and located wanted criminals. Hundreds of pieces of intelligence about criminal activity have been gathered and shared across policing. Thank You to everyone who has worked with us and actively helped to make Project Servator an effective policing tactic.”

Since Project Servator was first pioneered in the Square Mile, the City of London Police has conducted 938 searches leading to 547 arrests. A further 233 vehicles have been seized and 174 drug warnings handed out.

Since the Met Police launched its pilot teams in 2016, its Project Servator officers have gathered over 500 pieces of intelligence about suspected criminal activity and conducted upwards of 550 searches leading to 176 arrests for various offences including firearms and weapons offences, drugs, money laundering, robbery and theft.

In one case, back in October last year, Met Police Project Servator officers deployed at the ‘Changing of the Guard’ Ceremony stopped a vehicle after becoming suspicious of the driver. Officers identified that the man involved had no car insurance and was in possession of a bank card in a name different to his own. The officers arrested the male and searched his home address in Westminster, duly recovering a machine used to fraudulently print bank cards, 25 blank cards and £1,500 in cash. They also discovered documentation detailing victims’ bank details.

The Project Servator Team worked with local detectives from the London Borough of Westminster and the man was subsequently charged with possessing articles for use in fraud and driving with no insurance. He was convicted and sentenced to 16 months in prison, as well as being banned from driving for a period of 12 months.

On the rail network, the British Transport Police has made 102 arrests since March last year – most of them in London – as a result of Project Servator deployments. In that time, 15 people have been located who were wanted on warrant, seven offensive weapons have been recovered and over 350 pieces of intelligence about suspected criminal activity gathered.

Superintendent Nick Aldworth, head of the Met Police’s Project Servator operations, said: “Working with the community is a vital part of making Project Servator a success, and record numbers of people have been contacting the police to report suspicious activity. Every day, Project Servator officers will enlist the help of businesses, security staff, community groups and members of the public to be vigilant and make it even harder for criminals, including terrorists, to succeed. By being vigilant, we can all create a hostile environment for potential terrorists who may be considering their targets and for individuals looking to commit crime.”

Aldworth concluded: “The public shouldn’t be worried if a deployment happens in their area. In fact, I encourage anyone to talk to our officers to find out more. The public can help keep their community safe from terrorism by reporting anything that seems out of place, that seems unusual or doesn’t appear to fit in with day-to-day life.”