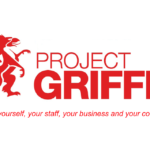 A Counter-Terrorism Security Advisor from Police Scotland delivered the training, with the event supported by the National Licensed Trade Partnership (NLTP) whose chairman, Donald McLeod, made the venue available.

Sharon Roberts, regional manager for the SIA in Scotland, stated: “Security operatives across Scotland play a critical role in protecting the public. Providing funded Project Griffin training to the private security industry increases Scotland’s preparedness in the event of a terrorist attack. The fact that so many security officers and door supervisors have attended this training in their own time is testament to the dedication and professionalism of the security industry and reflects the determination of people in Scotland not to give in to terrorism.”

Brian Muir, chairman of SISS-CT, added: “The SISS-CT Group welcomes this important initiative. Project Griffin training is a vital tool in providing people with the knowledge and skills necessary to recognise the threats posed by terrorism and understand the actions they can take to prevent it and make places and communities safer. The SISS-CT Group’s activities are not restricted to SIA-licensed personnel and, indeed, apply to the wider security industry. The Group consists of representatives from Police Scotland, the Scottish Business Resilience Centre, the SIA, security providers in Scotland and various other related agencies.”

In addition, Donald MacLeod (chairman of the NLTP) explained: “The NLTP is very happy to lend its support to the SIA and Project Griffin. After the recent terrorist atrocities in Paris, Manchester and London, it’s now vital that all who are involved in the licence trade recognise the benefits of counter-terrorism training for security operatives. Sadly, such training is now every bit as important as it is necessary. The safety of the general public and staff must always come first, and never more so than in these dangerous times.”

The aim of the NLTP is to develop and promote positive working relationships between Police Scotland, the SIA and the licensed trade as well as support a shared aim of Best Practice, responsible operation and mutual respect for each other. According to MacLeod: “Project Griffin counter-terrorism training ticks all these boxes and more.”

Steve Johnson, assistant chief constable (crime) at Police Scotland, commented: “This event is an ideal opportunity to develop existing relationships in Scotland between Police Scotland and the private security industry in addition to other key partners. Police Scotland is delighted to support the innovative work being carried out by the SISS-CT Group at this time of increased risk on the national stage. This week’s event reaffirms the benefits of collaborative engagement, ensuring that organisations work together for a common goal rather than in isolation and help to make Scotland safer for all of our communities.”