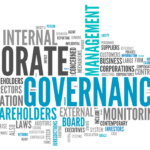 The rhetoric around the new Corporate Governance Code and related legislation is already having a positive impact on corporate reporting in the FTSE 350, despite not officially coming into force until January next year. EY’s analysis of 100 annual reports from FTSE 350 companies shows improvements have been made around reporting on stakeholder engagement, purpose and culture, with companies making adjustments in advance of the new Code coming into effect. However, EY states in no uncertain terms that there’s “still some way to go” for companies in order to ensure the disclosures are fully compliant and provide meaningful insights on these new areas.

According to EY’s research, 83% of the annual reports disclose how companies are engaging with their employees and 65% describe the methods they’re using to engage with other stakeholders such as suppliers. There has also been a small increase in reports mentioning the Section 172 duty (of the Companies Act 2006), rising to 11% from just 1% last year. Under Section 172, directors have a regulatory requirement to consider and report on the long-term impact of their business decisions, so too the interests of a wide range of stakeholders including their employees, suppliers and community. When the new secondary legislation comes into force, companies will have to make a specific statement on how the directors have addressed the matters set out in Section 172 for the first time.

Ken Williamson, EY’s UK head of corporate governance, commented: “We’ve seen significant progress in the quality of reporting since we began our reviews five years ago. The political and regulatory focus on how companies engage with their stakeholders has had a noticeable impact on annual reports this year, and we’re also seeing companies providing better disclosures around their purpose, social impact and corporate culture. However, there’s still much more to do. In order to comply with new Corporate Governance Code and Section 172 requirements, companies will need to place greater emphasis on how the Board listens and responds to the views of employees and other stakeholders. They will also need to explain how these interactions have impacted their decision-making as a result.”

EY’s analysis shows an increase in FTSE 350 annual reports that articulate a company’s purpose, in particular a broad societal purpose that goes beyond shareholder value. This is up to 47% from 41% last year. This follows a greater focus on these issues from the Financial Reporting Council.

There are also improvements in how companies connect their strategic objectives with their purpose – 41% of companies make the link, which is up from 20% last year.

Similarly, some companies have started to include more detailed descriptions of the culture they seek to create and the values they aim to embed in advance of the new Corporate Governance Code. 39% of annual reports explain how culture supports the business model or strategy (up from 10% in 2015-2016), and 30% explain how culture is measured (up from 9% in 2015-2016). Many discuss the importance of culture or identify it as a Board priority.

However, overall, EY says that culture reporting is often generic and limited, with few disclosures that identify the challenges faced in relation to culture or embedding it. Only a minority (37%) explain clearly how culture is embedded beyond ‘setting the tone from the top’.

Hywel Ball, EY’s UK and Ireland managing partner for assurance and UK head of audit, commented: “With the growth of the knowledge economy, more and more of a company’s value lies in its intangible assets such as its corporate culture. It’s therefore positive to see that some companies are grasping the opportunity to provide better disclosures around these issues, albeit they still have some way to go. These trends are consistent with a growing momentum for companies to report on how they’re generating long-term value for their stakeholders and increasing trust in business for society. We’ve been looking at these issues as part of our work with the Embankment Project for Inclusive Capitalism. Under the auspices of the Coalition for Inclusive Capitalism, the project brings together business leaders, investment managers and shareholders. Ultimately, it’s focused on helping companies to deliver trusted information to their key stakeholders.”

Board committee chairs under the spotlight

23% of the companies whose annual reports were analysed in EY’s research were found to have chairs who have served on the Board for more than nine years, with 6% having served for over 15 years. This is significant as Provision 19 in the new Code introduces a nine-year ‘maximum’ tenure for chairs (from first appointment to the Board). The nine-year period can be extended for a limited time, particularly in those cases where the chair was a Board member previously. This change is designed to encourage Board refreshment and diversity.

EY believes that companies with chairs in excess of – or approaching – nine years of tenure are likely to be scrutinised more heavily as a result of the changes in the new Code.

Corporate reporting should be more than just a compliance exercise is the message emanating fro EY.

Ken Williamson observed: “There’s been good progress over the last five years, but it’s important that regulators, companies and investors keep innovating, using new ways of working and technological advances to ensure the relevance of company reporting. Technologies such as data analytics, Artificial Intelligence and automation have the potential to provide new insights into areas like culture that were previously thought impossible to measure. With trust in business in decline, it’s also vital that companies follow the spirit of the new rules rather than seeing them as purely a compliance exercise. Bland, ‘boilerplate’-style disclosures will miss the opportunity to provide real and meaningful insights for a company’s stakeholders.”