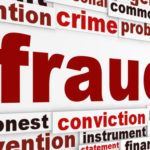 Two National Health Service (NHS) managers who masterminded a five-year procurement fraud against the former North West Strategic Health Authority have been ordered by the presiding Judge at Manchester Crown Court to pay every penny of their realisable assets to the NHS in compensation.

NHS Protect, which leads the fight against NHS crime, carried out the successful fraud investigation of 56 year-old John Leigh and Deborah Hancox, who’s 46 years of age, which saw them both receive prison sentences in November 2014 for conspiracy to defraud. Leigh had also been convicted of conspiracy to conceal criminal property.

After sentencing, NHS Protect mounted a financial investigation using its team of specialist financial investigators to try and recover any traceable assets for the NHS. This lengthy and complex work required the use of restraint powers and collaboration with authorities in both Cyprus and Dubai.

The money will go to NHS Health Education England as strategic health authorities no longer exist.

Now resident in Middleton, Rochdale in Greater Manchester, the couple were arrested back in December 2013 in Cyprus and extradited to the UK having fled this country in 2009. They eventually pleaded guilty.

Their fraud took place between 2003 and 2008, when Leigh and Hancox both worked at the North Western Deanery, at the time part of the North West Strategic Health Authority. They lived a comfortable lifestyle, buying a cottage in the Lake District, driving a Jaguar 4.2 V8 Convertible and investing hundreds of thousands of pounds in businesses in Iraq, the United Arab Emirates and Turkey.

The pair used three companies as a front to disguise their ongoing fraud – Action Technology Ltd (trading as Action Direct), Bibi’s IT Solutions Ltd and Wiscom Technology Ltd. These companies sold IT equipment to the North Western Deanery at inflated prices – their combined fraudulent turnover was more than £1 million. Leigh and Hancox had links to all of them, but neither made the required declaration of interest to the health authority.

Following an anonymous tip-off, the matter was investigated by a Local Counter Fraud Specialist before being referred to NHS Protect, whose fraud investigators worked closely with officers of the Greater Manchester Police to secure a successful result.

NHS Protect also worked with the National Crime Agency to issue European Arrest Warrants, and later to have the fugitives extradited to the UK.

Sue Frith, managing director of NHS Protect, said: “John Leigh and Deborah Hancox would be in a far better position if they had just worked honestly for a living, as the majority of NHS workers do. They cynically diverted money meant for patient care, abusing their positions of trust and authority. Their determined attempts to evade justice compound the crimes. All suspicions of fraud reported to NHS Protect will be followed up and investigated wherever appropriate. We press for the prosecution of offenders and seek the strongest possible sanctions.”