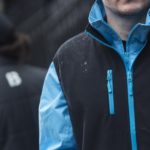 Demand for security jobs in the UK has increased rapidly in the past two years in light of heightened security measures being taken as a result of terror attack threats. Consequently, the UK’s private security sector – which is currently worth £5 billion per annum and £265 billion globally – looks set to be the next to join the ‘App Economy’ when a new service launches courtesy of tech start-up Broadstone as the business follows in the footsteps of other ‘gig economy’ technology platforms such as Uber and Deliveroo.

Tom Pickersgill, founder and CEO of Broadstone, informed Risk UK: “Private security spend in the UK is forecast to increase by 9% over the next five years, with the number of jobs in the industry burgeoning by 10% to 12%. Many industry experts are putting this rise down to increased security requirements and safety measures as a result of enhanced terrorist and security threats. There are currently 400,000 individuals in the UK working in the sector and it’s expected that, by 2019, this figure will be more like 450,000.”

The sector has traditionally been perceived as something of a ‘closed shop’, with many job seekers finding it difficult to access opportunities due to lengthy paperwork procedures and the necessarily rigorous checks required to access positions. The high levels of security vetting required by employers, which of course is entirely correct, has created a constant challenge for many.

Pickersgill continued: “We hope that, by providing job seekers with this App, we’ll be attracting new demographics and audiences to the sector. The job opportunities are varied and cover a breadth of permanent and flexible roles ranging from event stewards through to close protection officers and security dog handlers. Broadstone matches security companies with those looking for work. Through the App, job seekers can access temporary security staffing jobs as well as permanent roles in the sector.”

Broadstone is looking to “lead the way” when it comes to security recruitment technology in 2018 and give employers confidence in, and access to, a completely compliant, robustly vetted security workforce. 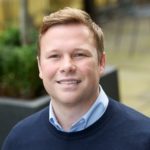 “Broadstone’s App will feed directly into a leading global background checking partner firm, allowing us to not only capture accurate data up front in order to verify job seeker details, but also reduce application lead times from 12 weeks to just 15 days,” observed Pickersgill.

“Checks are consistent and refreshed on a regular basis such that we have a full understanding of a job seeker’s work history, effectively creating an almost instant ‘job passport’ for them. It’s something that has previously been unheard of in the security industry, and we’re fully confident that this will have a dramatic effect on the number of roles available and being filled in coming years.”

Technology platforms in the gig economy have recently been the subject of a fair amount criticism. Only last month, Uber lost its taxi licence in York. According to a report in The Independent on Wednesday 13 December, a City of York Council Committee cited the number of complaints it had received about the service and a recent and well-publicised data protection breach as reasons for the decision. This news came hot on the heels of Uber having its licence revoked in London last September when Transport for London cited “public safety and security implications” as the reason behind this decision.

In November, it emerged that Uber had been the subject of a significant data breach episode affecting no less than 2.7 million end users of its App in the UK. Cyber criminals managed to obtain the personal details of 57 million customers and drivers worldwide, including people’s names, e-mail addresses and mobile phone numbers.

Pickersgill commented: “The recent cases involving Uber, where a rapidly expanding workforce meant that some driver checks were apparently falling through the cracks, demonstrate what can happen if tech companies don’t prioritise vetting and background checks in what is now very much an ever-growing gig economy. We’re confident that we will mitigate issues and such as this and create a safer and more secure workforce. We will continually strive to be recognised as one of the most compliant job marketplaces around and will be looking to add additional checks and processes as we grow.”

Following the launch of Broadstone’s new App for employers, the firm is aiming to attract over 60,000 individual job seekers to the platform by 2020.

Recently, Broadstone became the first business in Manchester to receive Northern Powerhouse Investment Fund (NPIF) backing of £200,000 for innovative new products and services. The NPIF combines £400 million of funding from the UK Government, the European Regional Development Fund, the British Business Bank and the European Investment Bank to help businesses in the region scale-up and become a successful part of the Conservative Government’s ‘Northern Powerhouse’ vision.