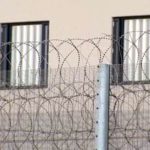 The integrated security team behind a British prison’s pioneering war against drones is to share its innovative and cost-saving approach with UK Government officials. Les Nicolles Prison on Guernsey became the first in the world to use a new system designed to stop drones from smuggling drugs, weapons and other contraband over perimeter walls. A group of four collaborating British companies styling itself as The Perimeter Security Centre of Excellence (PSCoE) installed a comprehensive perimeter protection package, including the new Sky Fence technology. Now, The PSCoE is exhibiting on Stand Z35 at the official UK Government global security event, Security & Policing 2018, which takes place from 6-8 March at the Farnborough International Exhibition and Conference Centre.

Established over 30 years ago, this unique three-day event is the premier platform for UK suppliers to showcase the very latest equipment, training and support to police services, Government departments, organisations and agencies from the UK and overseas.

Binns Fencing, the leading fencing contractor for the Ministry of Justice, led the Guernsey project for the conglomerate, which offers the simplicity and efficiencies of a single line of communication and management for high-security perimeters from cradle to grave.

Eclipse Digital Solutions is the second of the collaborators. The company created Sky Fence alongside fellow British business Drone Defence and offers full turnkey security design through to installation.

Eclipse Digital Solutions business development manager Giovanni Vasso informed Risk UK: “Our proposition is really all about seamless integration designed to offer the most cost-effective high-end security for perimeters, whether that be along a border, around a prison, at an airport or for the Olympic Games, or even airborne above the ground on roofs and the like. The beauty of our conglomerate is that our working relationships have been formed over many years. We’re all friends, so the trust is absolute.” 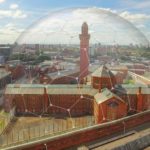 Together, they believe the UK Government could make significant savings by adopting its proposed model for delivering perimeter security and PIDs procurement and delivery. Their single point of contact for the complete perimeter security package provides greater opportunity for innovation, reduced complexity and no need to manage multiple contractors. The PSCoE firmly believes this could offer significant cost savings on PIDs cable installation and contract and project management costs, as indeed has been the case with Les Nicolles, where the State of Guernsey that runs the prison has saved no less than £1.3 million.

State Deputy Mary Lowe explained: “Following on from discussions with key staff, the Committee decided that it was possible to continue housing Category B prisoners at Les Nicolles without the installation of a second fence at significant expense. While the second fence is advised under UK guidelines for Category B prisons, the Committee is comfortable that the current technological upgrade offers security enabling Guernsey to continue housing Category B prisoners. Sending such prisoners ‘off island’ to serve their sentence comes at a significant cost of approximately £50,000 per year for each detainee. The Committee decided that these upgrades, which will cost £1.3 million less than a second fence, offered a Guernsey-appropriate solution.”

For its part, the annual Security & Policing event provides a platform for professionals from the UK and across the world to engage with the very highest level of security expertise and the latest technologies. It affords the level of industry engagement needed to enable the UK Government to procure for – and subsequently deliver on – meeting its national security priorities.