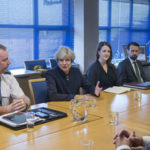 Prime Minister Theresa May has announced the operation of a major counter-terrorism training exercise in Scotland later this year designed to test the multi-agency response that would come into force in the event of a terror attack. During a visit to Police Scotland, which will act as the lead force throughout the operation, the Prime Minister met a range of officers involved in counter-terrorism, including some who were part of Police Scotland’s response to last week’s terror episode in Westminster.

The training is part of the UK Government’s National Counter-Terrorism Exercise Programme and brings together partners from policing and security, the Armed Forces, UK Government Departments and the devolved administrations with the specific aim of testing responses to a major terrorist attack.

“The UK Government considers national security across the whole of the UK as a top priority,” urged the Prime Minister. “Training operations such as this one play a significant part in making sure police forces and other response agencies are able to draw on the very latest intelligence and resources from the UK’s security forces to protect against terrorism anywhere on our soil.”

May continued: “As the second largest force in the country, Police Scotland is very much a key player in our fight against terrorism. I’m grateful to them for the exceptional work they’ve been delivering so far to prepare for this very important counter-terrorism exercise.”

Lessons learned from these operations are fed back to the full range of operational partners, Government Departments and devolved administrations to further strengthen the UK’s response to a terror attack on UK soil.

Only second in size to the Metropolitan Police Service, Police Scotland works closely with other forces across the UK and has an important role to play in the development of UK-wide policing practices.

This system of agencies allows an effective joint response towards tackling terrorism and serious and organised crime throughout the UK. Police Scotland has automatic access to the UK’s National Crime Agency and its international networks, as well as the UK security agencies’ resources and their interception and surveillance abilities. Equally, it can draw on intelligence from the National Cyber Security Centre, which transacts crucial work in protecting the UK’s infrastructure and keeping citizens safe online.

The training exercise, which is scheduled to take place in October, will also involve areas in the north of England. 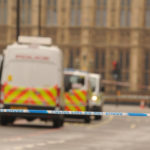 Following on from the tragic incidents that took place on Westminster Bridge and at the Palace of Westminster on Wednesday 22 March, it’s important that the police security stance and the private sector are joined up. To ensure that this is the case, the National Counter-Terrorism Security Office (NaCTSO) is recommending that businesses consider some protective security tactics to aid their security, while also remembering that the terror threat level in the UK remains set at ‘Severe’.

The attacks in central London incorporated multiple methodologies. As such, no one security element will wholly mitigate such attacks. NaCTSO fully understands that individuals responsible for building security have differing priorities, with some being responsible for large iconic sites and others for small businesses, but the message remains the same: effective security and effective communities defeat terrorism

A statement issued on NaCTSO’s website reads: “We know that terrorists will undertake hostile reconnaissance ahead of conducting an attack. Increased vigilance by members of staff and the creation of a hostile environment combats such reconnaissance. You should refresh the knowledge of staff members who have received Project Griffin and Project Argus training and deploy staff who have received training in behavioural detection (where you have them). Staff should be encouraged to proactively challenge visitors, vehicles and anything that’s out of place.”

The statement continues: “It’s important that you review your security plans. Consider the options outlined in the National Stakeholder Menu of Options, particularly those around crowded places, the night-time economy and iconic sites. It’s recommended that businesses look at the full menu and consider any other options that suit their particular premises or organisation.”

In conclusion, NaCTSO advises security and risk management professionals by stating: “You should also review your building and business continuity plans in the light of this episode in London. First Aid points should be checked to make sure they’re fully stocked. The location of key equipment must be made clear to all staff. NaCTSO also recommends that staff look at the Citizen Aid app and refresh themselves on Run, Hide, Tell advice. The number of casualties treated by the public highlights the importance of understanding First Aid.”