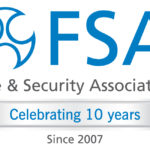 Security, fire and emergency response sector professionals are being urged to nominate “outstanding” individuals for this year’s Peter Greenwood Security Award and the Ian Marsh Fire Award. Nominated individuals must, through their own determined efforts, have helped to change the sector for the better. The two accolades, which comprise the Fire and Security Association Awards 2017, will be bestowed at the Security and Fire Excellence Awards Ceremony in London on the evening of Wednesday 22 November.

The Peter Greenwood Security Award recognises individuals who’ve made an outstanding contribution to the security systems industry. It’s the longest-established individual award in the security profession and has been in existence since Peter Greenwood’s untimely death back in January 1995. Greenwood was a former head of the Electrical Contractors’ Association’s Security Group and also involved with its specialist Fire Group. In addition, Greenwood was a founder member of the Security Industry Lead Body.

Winner of the Peter Greenwood Security Award in 2016 was Andy Gilmore of AAI Security for 25 years’ service in upholding technical standards.

The Ian Marsh Fire Award is designed to recognise individuals who demonstrate enthusiasm and selfless concern for the fire and emergency systems industry. It’s named in honour of Ian Marsh, who passed away due to illness in 2012. Marsh made a major contribution to the industry, including an active involvement with both British Standards and the Wiring Regulations, as well as having a pivotal role to play in the creation of certification body ELECSA.

Last year’s winner of the Ian Marsh Fire Award was Chris Watts of Wavelength Associates, most notably for his commitment to emergency lighting.

Steve Martin, head of the Fire and Security Association (FSA), commented: “The FSA is delighted to announce that nominations are now open for our sector-leading awards, and we urge anyone involved in fire, emergency and security to put forward nominations for outstanding individuals. Over the years there have been many deserving winners of both the Peter Greenwood Security Award and the Ian Marsh Fire Award, and we look forward to recognising another duo of industry champions this year.”

The FSA consists of members of the ECA, the leading electrotechnical and engineering Trade Association, and Scottish electrical trade body SELECT.

*The deadline for FSA Award nominations in 2017 is Friday 15 September at 5.00 pm. These awards are open to the entire industry. All nominations will be reviewed by an independent panel of Judges in the autumn. For more details, or to nominate an individual for either award, click here

**More information can be viewed online at: http://www.eca.co.uk/business-industry-support/awards/peter-greenwood-security-award