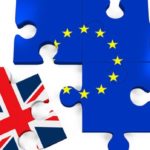 No less than 41,510 Board-level directors of UK businesses are citizens of EU27 countries – over 6% of the total of more than 628,000 directors identifiable by nationality. BDO LLP suggests that the figures unearthed by its study “raise questions” over the potential threat of a ‘brain drain’ in the UK economy if the Government doesn’t make a concerted effort to retain and attract European business leaders post-Brexit.

While there’s a misconception that this issue primarily affects FTSE 100 companies, the new BDO data suggests that businesses of all sizes may be affected should EU citizens relocate following Brexit. In Britain’s mid-sized businesses (ie those with an annual turnover between £10 million and £300 million), for example, citizens of EU27 countries make up 7% of all directors. A total of 10,400 Europeans run these mid-sized companies.

The UK has been a big winner in the global war for talent over recent years, attracting numerous outstanding business leaders who’ve contributed to economic growth, tax receipts and job creation. If a significant number of these overseas directors made the decision to leave the UK, the loss of human capital to UK businesses could impact growth at a time when the economy’s already struggling.

EU directors are likely to be internationally mobile, and more of them may in future choose to start or grow their businesses in competing EU countries.

Stuart Lisle, senior tax partner at BDO, feels that the Government must make clear the fact that EU directors are still welcome in the UK, regardless of the outcome of Brexit.

“EU directors make an enormous contribution to the UK’s economy every year. We need to make sure that those individuals are still encouraged to set up and lead businesses in the UK in the future. That may mean actively courting them, just as many other EU states are doing. The very fact that so many businesses rely on EU leaders shows the risks to UK economic growth, tax receipts and employment if they’re disincentivised from making investments here.”

Every country in the EU27 is represented in the list of EU directors of UK businesses, ranging from first-placed Ireland with 9,490 directors through to last-placed Slovenia with 40 directors.

BDO LLP’s commentary on this matter goes on to add that:

*the proportion of EU-national directors is higher among larger businesses (turnover between £300 million and £1 billion), where 1,250 of 15,000 company directors are from EU countries (8%). France is at Number One in the nominal ‘league table’ with 270 directors

*Ireland punches significantly above its weight in providing company directors to EU businesses. While it’s only the 19th-largest EU27 country by population, it provides more directors than any other EU country

*Germany under-performs its population size in producing UK business leaders (while it’s the largest EU27 country by population, it’s only ranking third in terms of the number of UK company directors)