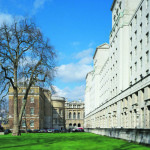 The Ministry of Defence headquarters in central London

According to one of the UK’s leading Think Tanks, Britain’s Armed Forces are “under threat from a sustained legal assault” which could “paralyse” the effectiveness of the military with “catastrophic consequences” for the safety of the nation.

A new Policy Exchange report, entitled ‘The Fog of Law’ and co-authored by Tom Tugendhat and Laura Croft, shows how the application of civilian norms to military conduct has led to a surge in legal claims against the Ministry of Defence (MoD). The costs of litigation have now risen out of proportion with forecasts, with the number of claims brought against the MoD totalling 5,827 in 2012-2013.

The report says that the main weapon used in legal challenges to UK military operations is the European Convention on Human Rights (ECHR). Although the ECHR had applied since September 1953, the Human Rights Act (HRA) in 1998 gave individuals the ability to appeal directly to domestic courts. This, combined with two operations (namely Afghanistan and Iraq), saw a rise in actions brought through domestic courts while judicial precedents are set to cause more.

*Ali Al Jedda vs the UK (2011). The claimant was arrested travelling from London to Iraq in 2003 on suspicion of being a member of a terrorist group involved in weapons smuggling and explosive attacks in Iraq (a charge that he denies). He sued the Government using Article 5 of the Human Rights Act, a claim dismissed by the UK Supreme Court but overturned by the ECHR

*Smith and Others vs Ministry of Defence (2012). This case arose out of the deaths of soldiers using Snatch Land Rovers and Challenger II tanks in Iraq. The Supreme Court ruled that British troops remain within the UK jurisdiction and so fall under the Human Rights Act even when deployed on active service abroad

*Ahmed al-Fartoosi, the leader of the radical Shia cleric, Moqtada al Sadr’s militia. He’s in the process of suing the Government for compensation, alleging abuse during his captivity in Basra. He also claims he was denied his rights under the ECHR

In the past, those serving in the Armed Forces were protected from prosecution under Combat Immunity, while the Law of Armed Conflict ensured that the minimum harm was done to all affected by conflict.  However, recent legislation and judicial findings have extended the domestic common law claims of negligence and civil claims of Duty of Care to the combat zone. 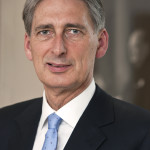 These constraints have led to confusion among commanders undermining their interaction with allies and affecting the combat capability of the services. In the long run, the Policy Exchange report says that the rise of ‘legal creep’ could pose a “mortal threat to the culture and ethos of the military which cannot be easily reversed.”

The report warns that the “extension of law risks catastrophically weakening the UK”. It says that it may not be long before either a foreign power or sub-state forces begin to sponsor legal actions as a way of “paralysing” the Armed Forces through legal process.

If the costs of litigation continue to rise, the MoD will have to ask the Treasury Reserve to fight legal as well as military action, or otherwise risk having procurement and vital funds for UK service personnel diverted.

The Policy Exchange report makes a number of recommendations, including that:

*The UK should derogate from the ECHR during deployed operations. Instead, the Government should define the Law of Armed Conflict as the relevant body of law to govern operations

Philip Hammond MP, the Secretary of State for Defence, commented: “I welcome this timely contribution to the debate about the appropriate balance between legal protections and freedom of decision-making by commanders in the field. I remain concerned about the challenge to Combat Immunity arising from recent court judgements. These could make it more difficult for our troops to carry out operations in the future, and they potentially throw open a wide range of military decisions to the uncertainty of litigation.”

Hammond added: “It cannot be right that troops on operations have to put the European Convention on Human Rights ahead of what is operationally vital to protect our national security.”