Nick Hurd, Minister for Policing and the Fire Service, has unveiled new rules designed to crack down on the employment of ‘boomerang bosses’ in England’s Fire and Rescue Services. The practice has seen senior fire officers retire from their post only to be re-appointed almost immediately and take advantage of favourable pay and pension terms potentially worth more than £20,000 per annum.

Hurd said: “This Government is reforming the Fire and Rescue Services to ensure that they’re more accountable and effective in performing their vital duties. The practice of ‘boomerang bosses’ is not acceptable, which is why we’ve taken action to rule it out. It undermines confidence in the Fire and Rescue Services, whose employees do such a brilliant job keeping us safe, and gives the impression that there’s one rule for rank and file firefighters and another for those at the top.”

Following a consultation last year, the Home Office is issuing new rules preventing Fire and Rescue Authorities (FRAs) from re-appointing senior fire officers post-retirement other than in what it describes as “exceptional” circumstances. Any re-appointments will have to be agreed by a vote of the members of the FRAs and should only be considered where it’s necessary to protect public safety.

A long-serving chief fire officer on a typical salary of around £140,000 can potentially access a lump sum from their pension pot of over £400,000 and then avoid employee pension contributions of more than £20,000 per annum after being re-employed in the same role. 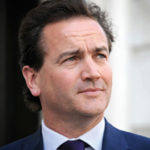 The new rules are included in a revised Fire and Rescue National Framework for England. Last issued back in 2012, the National Framework sets priorities and objectives for FRAs in England and has been revised to reflect the Government’s fire reform programme.

The Home Office will further review and update the National Framework in due course to ensure that recommendations from the Grenfell Tower Inquiry and the final report of Dame Judith Hackitt’s Independent Review of the Building Regulations and Fire Safety are appropriately reflected.

The revised National Framework will outline the role of Her Majesty’s Inspectorate of Constabulary and Fire and Rescue Services and the National Fire Chiefs Council in England, embed the transformation of local governance arrangements where Mayors and Police and Crime Commissioners take on responsibility for Fire and Rescue Services and support the ambitious programme for workforce reform (including the enhancement of professional standards, management, leadership, training, equality and diversity).