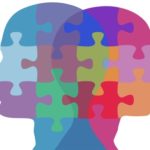 Police officers are increasingly being used as the ‘service of default’ in responding to people with mental health problems, a report by Her Majesty’s Inspectorate of Constabulary and Fire & Rescue Services (HMICFRS) has confirmed. The report, entitled ‘Policing and Mental Health: Picking Up The Pieces’, makes it clear that, while the police service is doing a good job in difficult circumstances, there are concerns over whether the police should be involved in responding to mental health problems at the current level.

The report also emphasises that there needs to be a radical rethink and a longer-term solution to what has now become a national crisis.

Her Majesty’s Inspector of Constabulary Zoë Billingham said: “Police officers naturally want to respond and do their best to support vulnerable people when they ask for help. We found that police officers respond to those with mental health problems with care and compassion, but we cannot expect the police to pick up the pieces of a broken mental health system. Overstretched and all-too-often overwhelmed police officers cannot always respond appropriately, and people in mental health crisis don’t always receive the help they need.”

Billingham continued: “People in crisis with mental health problems need expert support. Support that cannot be carried out in the back of a police car or by locking them into a police cell. All-too-often, the system is failing people when they most need help. This is not a problem that the police alone can solve. Other services need to stop relying on the 24/7 availability of the police.”

However, the report reflects that demand for the police to respond to mental health-related calls is increasing. Forces tended to underestimate the number of officers sent to mental health incidents, the response to which took longer than forces realised. Some forces are more advanced at understanding and measuring demand in this area than others, but overall the police service needs to improve its understanding of the extent of mental health demand.

The scale of the problem is illustrated by findings in London, for example, where the police receive a call about a mental health concern once every four minutes and send an officer to respond to a mental health call every 12 minutes. The Top Five individual repeat callers to the Metropolitan Police Service all have mental health problems and called the force a combined total of 8,655 times last year, costing the service £70,000 just to answer those calls. Welsh forces have estimated that each call takes, on average, three hours.

The report found strong leadership and governance on mental health across most forces. Also, there are strong and well-established partnerships across the country to support the most vulnerable in society, the most widespread of which is a mental health triage system to manage mental health demand and respond better to people in crisis.

In some cases, the police service is stepping in to fill shortfalls in the health service. This includes tasks like transporting someone to hospital because an ambulance isn’t available, waiting with someone in hospital until a secure mental health place is found and checking on someone where there’s concern for their safety.

The report identifies improvements that police forces can make in improving training and building a clearer view of demand. The report concludes that the longer-term solution must involve all public services if it’s to provide people suffering from mental health problems with the expert support they deserve.