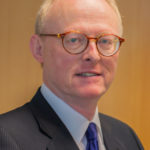 Police forces are having to pick up the slack as cuts in other public services increase pressure on them. In his annual ‘State of Policing’ report, Sir Thomas Winsor (Her Majesty’s Chief Inspector of Constabulary) draws attention to “material pressures” on police forces in England and Wales which put the service under strain.

The principal pressures highlighted are as a result of the failures of other public services – notably in respect of children’s and adolescent mental health – all-too-often making the police the service of first resort long after the chances of effective prevention have been lost, the modern ‘tsunami’ of online fraud, increased police awareness of crimes against vulnerable people requiring the devotion of higher specialist police resources and the “fragmented” state of police information and communications technology.

The report highlights that 18 forces require improvement in at least one of HMIC’s principal inspection themes of effectiveness, efficiency and legitimacy.

Reflecting on the recent terror attack in Westminster, Sir Thomas Winsor paid tribute to the bravery of police officers. “Every day and every night, police officers do things that most of us would go out of our way to avoid. This has been illustrated to a tragically graphic extent by the Westminster terrorist attack in which one very brave police officer, PC Keith Palmer, lost his life. Police officers do a difficult job professionally, conscientiously and compassionately. They deserve our grateful thanks.”

When considering the daily pressures to which the police are subject, Sir Thomas Winsor warns against the insidious creep of expecting police forces to be able to deal with the increasing demand caused by a shortage in mental health provision.

“The police are considered to be the service of last resort,” said Winsor. “In some areas, particularly where people with mental health problems need urgent help, the police are increasingly being used as the service of first resort. This is wrong. The provision of mental healthcare has reached such a state of severity that police are often being used to fill the gaps that other agencies cannot. This is an unacceptable drain on policing resources and a profoundly improper way in which to treat vulnerable people who need care and help.”

Sir Thomas Winsor continued: “The obligation of the police is to prevent crime. That isn’t only because this makes society safer – both in reality and in perception – but also because it’s far cheaper to prevent a crime than it is to investigate and arrest the offender after the event. The same is true of mental ill-health, which isn’t a crime. It’s an old adage that an ounce of prevention is better than a pound of cure, and this is particularly true when the cure fails and an emergency intervention is required to protect the safety of an individual in distress and, often, those people nearby. By the time depression or some other mental disorder has been allowed to advance to the point that someone’s contemplating suicide, or otherwise engaging in very hazardous behaviour, many opportunities to intervene will have been missed by many organisations. When that intervention takes place on a motorway bridge or a railway line, or when someone’s holding a weapon in a state of high distress, the expense to all concerned is far higher than it should be. The principal sufferer is the person who’s ill, especially when it’s realised that his or her suffering could have been much less or even avoided altogether.”

While there are examples of excellence found in the HMIC inspections over the last year, police leaders need to focus more on what matters most by planning properly for the future, ensuring that their officers and staff are properly trained, supported and equipped and by improving the pace of improvement significantly.

The report says that the police service is particularly far behind many other organisations in the way that it uses technology. Used well, modern technology should give the police an unprecedented ability to exchange, retrieve and analyse intelligence.

Sir Thomas Winsor concluded: “The changing nature of crime, and the increasing opportunities to exploit the vulnerability of children and the elderly in particular, creates a greatly intensified need for police leaders to improve their efficiency and effectiveness in order to prevent crime and deal with offences. In too many cases, police leaders are still too sluggish in ensuring their plans to meet new demands are sound, particularly in terms of the need to ensure the complete interoperability of law enforcement information and communication systems. For too long, a culture of insularity, isolationism and protectionism has prevented chief officers from making the most effective use of the technology available to them. The blinkers have to come off.”

This year, HMIC has been able to compare the year-on-year performance of each police force, and therefore assess the direction of each force and the police service as a whole. Forces are assessed against three broad categories: effectiveness, efficiency and legitimacy. Overall, in comparison with 2015:

Overall, in HMIC inspections, the judgements which are made in relation to the efficiency and effectiveness of the police are predominantly about how well the police use their money and other resources, not about how much funding forces have at their disposal.

Across the 43 police forces of England and Wales, four forces were judged to be ‘Outstanding’ against one or more of these categories. Only one force – Bedfordshire Police – was found to be ‘Inadequate’ for one category. However, no less than 18 forces were found to ‘Require improvement’ in one or more categories.

On Wednesday 12 April, HMIC published assessments by each of Her Majesty’s Inspectors of Constabulary on the performance of the 43 police forces in England and Wales over the last year.

*State of Policing: The Annual Assessment of Policing in England and Wales 2016

Chief officers have responded to ‘State of Policing 2016’, the annual assessment of policing in England and Wales based on inspections carried out by HMIC between February last year and March 2017.

Chief constable Sara Thornton, chair of the National Police Chiefs’ Council, said: “Police forces in the UK are continuing to perform well overall and the majority were graded ‘Good’ or ‘Outstanding’ across all three areas of inspection. Victim satisfaction remains high. HMIC found that our ability to protect vulnerable people and keep them safe has considerably improved.”

Thornton added: “It has become increasingly clear not only that crime is changing in terms of both its nature and complexity, but also that demand on the police service is varied and wide-ranging. Being mentally unwell isn’t a crime and those experiencing a health crisis are not criminals. Over the last two years, forces have reduced the use of cells as a place of safety by nearly 70% and by over 80% for children. However, the best response – both to criminality and mental health – will never be better than preventing harm before it happens. All agencies must work together to put the appropriate resources in place, share learning and intervene early. Making sure that this is right can be not just life-changing, but life-saving.”

In addition, Thornton stated: “Working with Police and Crime Commissioners (PCCs), the Home Office and the National Police Technology Council, chief officers have been making progress over the last year to transform police ICT in line with the national ‘Policing Vision 2025’. This is an advance which is recognised by Sir Thomas Winsor in his report. Developing more consistent standards for technology across policing is a priority for chiefs and PCCs working together on the Police Reform Board. We need to ensure that the standards being developed in technology change programmes, as well as those that already exist, are brought together in a co-ordinated way. A legal agreement, such as that which we have for the National Police Air Service, could support this work.”