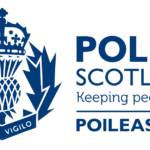 On Thursday 28 June in Glasgow, Police Scotland and the Security Industry Authority (SIA) launched a new series of events intended to enlist front line private security operatives in the fight against terrorism. The pilot event took place at the Scottish Event Campus. These sessions, which are actively supported by the National Counter-Terrorism Security Office and National Counter-Terrorism Policing headquarters, will now be presented throughout Scotland.

Representatives of private security companies across Scotland came together for the event, which was specifically designed to raise awareness of counter-terrorism issues within the security industry. This particular session, entitled ‘You Can ACT’, ran under the strapline ‘You can make a difference’. Attendees were given an hour-long presentation, followed by an interactive and immersive exercise that took them through a simulated terrorist attack.

Detective Chief Inspector Dave Ferry of the Police Scotland Organised Crime and Counter-Terrorism Unit, stated: “Scotland’s greatest defence against the terrorist threat is our close-knit communities and the relationship that the police service and its partners enjoys with the public. Security staff need to have the confidence to act decisively and effectively to help protect the public if the need arises. These events are designed to give operatives a greater awareness of the threat we all face from terrorism, a shared knowledge of Best Practice and procedures and an understanding of the important role they can play in preventing attacks. The immersion exercise tests their knowledge, skills and decision-making in a safe learning environment. By working together to counter terrorism, we demonstrate that Scotland is a hostile environment for those intent on causing harm. In addition, by continuing to work together, we can ensure that this remains the case.”

Ed Bateman, deputy director of partnerships and interventions at the SIA, replied: “Security officers, door supervisors and event stewards are often the first responders in the event of a terrorist incident. They can be in a position to detect and foil an attack before it has taken place. Private security staff acted magnificently as first responders during the London Bridge attack and following the Manchester Arena bombing. We want security staff to realise that the public look to them to take charge in the event of an incident, and we also want them to be confident about assuming that responsibility.”

The events, which have also benefited from support and input offered by the Security Industry Safer Scotland: Countering Terrorism Group, are being evaluated by a team from Glasgow Caledonian University. The team’s findings will inform future events, the first of which is taking place in Inverness on Tuesday 14 August.  This will be followed by events in Dundee (Thursday 23 August), East Kilbride (Wednesday 12 September) and Edinburgh (Wednesaday 19 September). Details and a booking facility will appear on the SIA’s website (www.sia.homeoffice.gov.uk) this month.

The private security industry represents a substantial resource of considerable potential in protecting the public of Scotland from the harms of terrorism. There are 300 security businesses (35 of them SIA Approved Contractors) and over 27,000 people with SIA licences operating in Scotland. This is in addition to the non-Scotland based businesses deploying north of the border.

Outside of the SIA licensing regime, significant security measures are deployed at airports, sports grounds, Shopping Centres and universities, any of which could come into contact with terrorism. Law enforcement agencies require to maximise their potential through effective relationships and procedures by working alongside security businesses and their clients.

Following discussions between Police Scotland, the SIA, the Scottish Government (Protect) and the Scottish Business Resilience Centre (SBRC), a national event – co-organised between Police Scotland, the SBRC and the SIA – was first held at the Scottish Police College on Monday 5 December 2016. Entitled ‘Countering Terrorism: Working Together More Effectively – A Security Industry Perspective’, the event brought together over 60 delegates from three stakeholder groups, namely private security suppliers and procurers, law enforcement organisations and representatives of existing networks or relevant initiatives.

The event was an ideal opportunity to develop and build upon existing relationships between Police Scotland, the SBRC, the Scottish Government and the SIA and the wider security industry in Scotland, along with the National Counter-Terrorism Security Office and the Centre for the Protection of National Security.