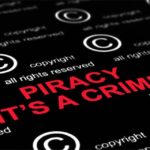 On Wednesday 11 January, officers from the City of London Police’s Intellectual Property Crime Unit (PIPCU) visited organisations found to be advertising on websites involved in digital piracy. The officers focused their attentions on eight organisations including brands, advertising agencies and networks as part of a multi-agency initiative known as Operation Creative, which sees the police working with both the creative and advertising industries to tackle websites involved in digital piracy.

The initiative, which was launched in 2013, comprises several tactical options, including placing piracy sites on an Infringing Website List (IWL) which is then shared with advertisers, agencies and other intermediaries such that they can cease advert placement on these illegal websites.

Disrupting advertising is a vital part of Operation Creative, as websites involved in digital piracy can generate substantial amounts of revenue through advert placement. In 2013, the Digital Citizens Alliance published a report that revealed piracy sites were generating a substantial US$227 million from advertising alone.

During the visits, the eight companies were made aware of their involvement in the placement of ads on copyright infringing sites. All of these organisations are keen to support Operation Creative and have pledged to sign up to the IWL to ensure advert placements from their brand and clients don’t appear on the 1,232 websites listed on the IWL.

Important for brands and business reputation

Since launch, Operation Creative has disrupted advertising revenues on illegal websites across the globe and has seen a significant decrease (73%) in advertising from the UK’s top ad spending companies to websites involved in digital piracy.

Detective Constable Steven Salway, Operation Creative’s lead officer, explained: “Operation Creative is key to ending the funding of websites involved in digital piracy. It’s important we tackle this issue, not only for brands and businesses’ reputations, but also for consumers. When adverts from established brands appear on these sites, they lend them a look of legitimacy. By working with industry to discourage reputable brands from advertising on piracy sites, we will help consumers realise these sites are neither official nor legal.”

Kieron Sharp, director general of FACT, responded: “FACT is a proud original partner of Operation Creative and keen to support PIPCU on increasing awareness of this initiative among brands and the advertising community. PIPCU’s IWL is the first of its kind and is a great tool for businesses to protect their brand reputation by ensuring their adverts don’t appear on pirate sites.”

In conclusion, Sharp informed Risk UK: “Consumers need to be aware that not only are the criminals behind these websites making substantial amounts of money from adverts, but simply visiting the sites can put the public at risk of malware, viruses and click-through scams.”