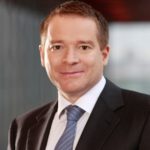 Peter Karlströmer has been appointed divisional president for Security Services Europe at Securitas and also becomes a member of Securitas Group Management. Karlströmer is due to start his new role no later than 4 March 2019.

Karlströmer joins Securitas from Cisco Systems where he led the business in its working relationships with telecom operators across Europe, the Middle East, Africa and Russia. Before that, Karlströmer headed up the geographic business in the Nordics, the Benelux region and the Baltics.

Prior to joining Cisco Systems back in 2012, Karlströmer worked with McKinsey & Company for 15 years as a partner in business leadership roles across Europe, the Middle East and Africa.

Karlströmer holds a Master’s degree in Business Administration and Economics and a Master of Science in Electrical Engineering from Lund University. In his new role he’ll be based at Securitas’ head office in Stockholm.