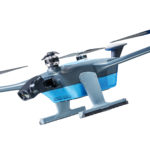 Percepto, the specialist developer of on-site autonomous drone solutions, has recently participated in an operational experimentation programme with the US Department of Homeland Security (DHS) and the Science and Technology Directorate in collaboration with the US Army.

The business was invited to participate in the programme to evaluate the ability of autonomous drones to perform intelligence, surveillance and reconnaissance operations and to confirm the presence of adversary assets.

The event, which was held in Quantico earlier this month, enabled more than 100 participants from the DHS, the Department of Defence, the Department of Energy, academia and the private sector to experience the Percepto solution alongside 25 other technologies in an urban warfare-style test scenario.

Dor Abuhasira, CEO of Percepto, explained: “Percepto was honoured to be invited to participate in this operational experimentation programme. We embrace every opportunity to challenge our solution in the toughest environments anywhere in the world, and to showcase the wide range of applications where autonomous drones can be used.”

Percepto’s solution is currently in use around the world including at a number of Fortune 500 organisations. It’s ideally suited to any large-scale enterprises looking to improve security, increase productivity and reduce safety risks and operational costs.

The company’s autonomous drones change the way aerial data is collected and perceived. Without the need for a pilot, Percepto’s autonomous drones perform missions around the clock, including scheduled or ad hoc patrols, inspections, measurements, mapping, detection and tracking.