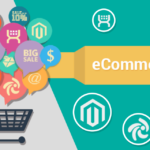 More than half (52%) of online small to medium-sized businesses (SMBs) globally worry that the move to frictionless payments, such as transactions that take place behind the scenes in apps, is leaving them more open to fraud and will negatively impact revenues. That’s according to a new report from Paysafe.

In the UK, this concern is heightened by the fact that two thirds (66%) of SMBs believe they are being more aggressively targeted by fraudsters now compared to a year ago and 43% consider card fraud an increasing challenge.

These concerns mean SMBs across the globe now view security as the most important factor when considering their eCommerce set-up. Globally, security (59%) ranks above reliability (49%), cost (47%) and ease of transactions including refunds (40%).

SMBs are also wary that these concerns may hamper the buyer journey for consumers. In the UK, over half of SMBs (62%) believe that longer verification processes during the payment stage – which could potentially combat these issues – runs the risk of losing consumers, while 65% admit they don’t know how to balance security with an acceptable customer experience, highlighting the trade-off faced by UK online merchants.

Buying into a fragmented payments landscape

The Paysafe research report, entitled ‘Lost in Transaction: The Future of Payments for SMBs’, is an international document investigating the attitudes of SMBs in the UK, the US, Canada, Germany and Austria to the evolution of payment types. It also incorporates further insights from offline bricks-and-mortar merchants in North America.

When it comes to which payment options to offer, 65% of UK merchants believe offering multiple choices is essential, while 79% plan to introduce new payment methods in the next two years. Credit cards and debit cards (offered by 87% and 93% of online merchants respectively) remain relatively ubiquitous, while 44% currently accept digital wallets, with a further 22% looking to adopt them over the next 24 months.

Meanwhile, 63% of respondents believe that accepting pre-paid cards gives access to new customers, while 28% say they will offer online cash replacements in response to consumer demand – and to service the un-banked – in the next two years. One method with the greatest anticipated gains is mobile apps, with 32% planning to offer them in the next two years. That’s up from a figure of 18% at present.

Much like the decline of the High Street in recent years, UK eCommerce faces a critical period as SMBs try to fend off the challenges of online ‘goliaths’ while also catering to changing customer expectations. Paysafe research from earlier this year showed that nearly half of those British consumers surveyed (47%) have shown an interest in re-ordering regularly purchased items via smart buttons, and more than a fifth (22%) have experimented with voice-activated payments systems.

Merchants are seemingly noticing these macro consumer trends. 52% of UK merchants agree that consumers want more innovative ways to obtain short-term credit, as evidenced by the recent rise of ‘Pay Later’ style products which give consumers more flexibility. Globally, merchants also appear to be conscious of ‘proactive innovation’. Here, a surprising 40% of North American SMBs say they will be capable of delivering Amazon Go-style checkout-free stores in the next two years in order to improve customer experience and reduce friction.

Oscar Nieboer, chief marketing officer at the Paysafe Group, commented: “On balance, security concerns continue to prevail for UK online merchants. This is despite merchants confirming plans to adopt new payment types with the understanding that a flexible roster of payment options is now a business imperative. This may go some way towards explaining the rise of pre-paid cards, online vouchers and cash replacement systems, which can alleviate these issues for both consumers and merchants. Yet smaller eCommerce merchants are very conscious of the need to keep pace with the major retailers. While the giants roll out ‘cashier-less’ locations in the UK, online SMBs are aiming to innovate in parallel ways to punch above their weight as they see this as being critical to business success.”