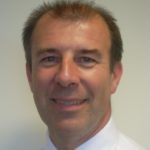 Geoff Zeidler: Chairman of the Police and Security Group Initiative

The Police and Security Group Initiative was launched back in December 2014 to further the importance of – and actively develop – partnership working between businesses, the police service and private sector security solution providers. Two years on, revisions to the national programme of work are now being discussed. What does this mean for those who control the security capabilities of the private sector as suppliers or contractors? Geoff Zeidler observes the main talking points.

Early on last month, Craig Mackey QPM – the Deputy Commissioner of the Metropolitan Police Service – hosted a meeting in his role as lead for business crime reduction and private security industry liasion for the National Police Chiefs’ Council. Participants included the British Security Industry Association (BSIA), which leads the Police and Security (PaS) Group, the Security Industry Authority and the Association of Police and Crime Commissioners with support from the London Mayor’s Office for Policing and Crime (MOPAC). Those present agreed to act as the sponsors of a revised national PaS Initiative which will work closely with the new National Business Crime Reduction Hub.

The PaS Group has developed from its roots in Project Sentaur. Like Project Griffin and the Cross-Sector Safety and Security Communications (CSSC) programme, this was a legacy project following on from collaboration between the private security industry and the police service during the Olympics. In 2014, it had fresh impetus through the commitment of the BSIA working with the Metropolitan Police Service’s newly-established Business Crime Hub and was adopted to support the Business Crime Reduction Strategy in London.

This led to a formal launch for the PaS Initiative at City Hall and a consultation which confirmed how difficult it was for private security organisations – both businesses and contractors – to engage and collaborate with the police due to the complexity of the landscape, concerns about commercial conflict and differences in approach to risk and competence. There was a huge interest in terms of seeking solutions to these points from over 400 organisations and, at the second PaS Conference held during November 2015, several initiatives were showcased covering training and effective collaboration.

However, it also became clear that, while the PaS Initiative had proven it could work as an effective collaboration model, as recognised by the Lord Harris Report, it needed a more formal structure. This became the focus of the second half of last year and involved outlining a clear objective and role for PaS, governance through a new Board comprising sponsors and independent representatives, wider engagement with other organisations and a recognised national role in support of the aforementioned National Business Crime Reduction Hub.

One of the challenges consistently identified in developing collaboration in security is the proliferation of initiatives. The original PaS consultation identified over 70 relevant organisations and initiatives. For a private sector business, it can be very difficult to identify where to engage.

Recent approaches designed to address this situation have included the Joint Security and Resilience Centre at the Home Office and The Security Commonwealth (championed by The Security Institute). There are also the long-established sectoral or regional groups such as the Security Group of the British Retail Consortium or the Security Resilience Centre at London First, but none of them focus wholly on private sector-police service collaboration which has its own set of specific challenges.

The PaS Initiative’s focus and stated objective is “to improve collaboration between the police, the private security industry and security teams of businesses” with three public outcomes: greater effectiveness and lower cost for all parties involved through more co-ordinated public-private security, support of the crime prevention strategy and support for violence reduction.

Critically, the PaS Initiative is business-led and recognises that there must be specific private sector benefits if solutions are to work for the long-term. As such, PaS is designed as a neutral forum for striking this balance.

PaS is also specific about what it will seek to do to overcome barriers to collaboration. It’s all about Clarity, Trust and Innovation:
• Clarity: Identify and signpost relevant initiatives and organisations to all stakeholders, share Best Practice and activities and make investment in collaboration projects more effective with less duplication of effort and greater certainty of implementation
• Trust: Develop a more effective relationship between the capabilities of the private security industry, the security departments of businesses and the police service by improving mutual understanding and respect with better ways to share Best Practice, etc
• Innovation: Serve as a neutral forum to test and promote approaches by combining perspectives from all relevant stakeholders, including addressing the ‘Why not’s?’, challenging existing approaches and building confidence in those that are proven in order to allow wider and faster adoption

What PaS is not

As important as what PaS is all about is that which PaS most certainly is not. It’s not a ‘membership’ organisation, and remains open to any stakeholder with the interest and experience to contribute to its projects.

PaS will not develop or deliver any continuing service (such as the CSSC Hub or any other communications channel), retaining its ability independently to challenge, support and promote any relevant services.

Finally, PaS will not focus its involvement on cyber/fraud and counter-terrorism activities other than to the extent required to enable collaboration. These sectors have very specific challenges and so, while PaS is closely aligned with NaCTSO, its role is in supporting the Prevent and Prepare strands of the Government’s CONTEST strategy.

This, then, is the refined model for PaS that was presented to participants at February’s meeting inside New Scotland Yard. In addition to the sponsors, also in attendance were representatives from the Home Office, Perpetuity Research – leader of the Security Research Initiative which is currently undertaking interviews with police officers on the subject of collaboration with support from PaS – and the British Retail Consortium.

At that meeting, the sponsors of the PaS Initiative made key commitments to actively support and involve PaS as a co-ordinator of activity requiring collaboration between the police, private security and business and consider and support its recommendations.

The PaS model works in three simple stages. First, the PaS Group or any stakeholder identifies an issue and a proposal as to how it might be improved. If this is accepted as a ‘PaS Project’ then PaS advertises for participation in a Working Group designed to develop, pilot and make recommendations as to how to implement the proposal.

As the Working Group is business-led rather than subject to public sector constraints, it’s intended to be flexible in terms of how it decides to develop, and PaS and its sponsors will help ensure it has the access it needs in terms of relevant and necessary support.

The results are reviewed by the PaS Group’s members who consider what recommendations to make to the sponsors by way of ensuring effective adoption. That means those involved in such a project have a realistic chance of influencing change, and that solutions can be developed more efficiently.

This has already been shown to work through a number of projects over the last two years which are focused on PaS’ three key areas of ‘Information, Intelligence and Communications’, ‘Standards, Training and Accreditations’ and ‘Effective Collaboration’.

Around the same time as the PaS sponsor meeting occurred, 25 companies from different sectors across the private security industry met with the PaS team to review the model and discuss their thoughts and initial ideas in terms of ‘What next?’

Four projects were discussed: a review of the Community Safety Accreditation Scheme, the definition of a ‘Police and Security Point of Contact’ within private sector companies, the development of a set of standards and training courses to allow collaboration and approaches designed to assist in violence reduction.

Geoff Zeidler is Chairman of the Police and Security Group Initiative

PaS: The Next Steps

To be effective, PaS needs a dedicated resource to co-ordinate its activities. Funding is now being sought from a variety of sources. Without it, PaS will not be responsive enough for success. However, in parallel with this, PaS is moving forwards, planning conferences in the early part of this coming summer to widen engagement while progressing the projects outlined and developing its communications in the months ahead

For those security professionals interested in participating, keeping up-to-date with PaS’ progress or receiving invitations to the conferences or Working Groups visit https://www.disc-net.org/pas where you can register for access to the secure site