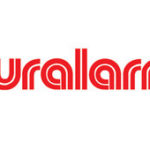 Speeches and debates at the 2017 Euralarm General Assembly held in London showed that the organisation is now more engaged with policymakers and regulators than ever before. However, the event also highlighted that challenges do await on the horizon when it comes to delays in European legislative and standardisation processes.

The Euralarm General Assembly offers an annual platform for the industry to discuss the key developments of the past year, as well as major projects for the one to come. This year, the General Assembly welcomed three new members: EUSAS (a European research institute), Wagner and ESI, the latter being companies from Germany and France respectively. All three are highly innovative organisations, in turn demonstrating an evolution of Euralarm’s membership to better represent the interests of this category of players in the market.

The 2017 General Assembly was hosted in central London with the support of the Fire Industry Association (FIA) and the British Security Industry Association (BSIA). It was an occasion reaffirming that Brexit isn’t going to modify the UK’s industrial reliance on European standards. European standardisation bodies, as well as Euralarm, operate on a de facto basis in a geographical area that already includes many non-EU countries.

A panel discussion taking place under the banner ‘Are we progressing towards market-driven standardisation?’ served to demonstrate Euralarm’s key role as an interlocutor to the European Commission’s Directorate General for Internal Markets and Industry, as well as CEN-CENELEC (the European platform for standardisation). The panel featured Euralarm representatives chairing key CEN-CENELEC and ISO technical bodies as well as CEN-CENELEC’s director for strategic partnerships (namely Francisco Verdera Mari).

Together, they discussed progress on the Joint Initiative on Standardisation (JIS), a policy forum launched by the EU Commission in a bid to bring together standardisation bodies and the industry. The initiative sets out a shared vision to speed up and modernise standards setting, consolidating Europe’s leadership in standardisation.

Thanking Euralarm for its strong involvement in the JIS, Mari said: “We’re in a situation where we have to take a great leap forward in order to modernise European standardisation processes. I hope that the European Commission will provide the platform for us to have a safe landing.”

Referring to difficulties in publishing standards under the rules set by the Construction Products Regulation (CPR), Peter Massingberd-Mundy (technology and expert practices manager at Xtralis), himself a Euralarm representative and chairman of the CEN-CENELEC fire alarm standardisation body TC 72, explained: “Currently, it’s not a good time for European standardisation.”

During a Q&A session with Euralarm members, Dominique Taudin of UTC, chairman of Euralarm’s Fire Section, noted that, because of the CPR, no less than 3,000 working days had been invested by the industry over four years for only one standard to be published as the end result.

Impact of the RED Directive

In the panel discussion, Rob Thilthorpe (chairman of Euralarm’s Technical Committee on Compliance) observed: “We don’t fit into the CPR, which is never going to work for us.”

The panel, led by Norbert Schaaf (chairman of TC 79), also discussed the impact of the RED Directive developed by ETSI, a specialist European standardisation body, where a one-year transition period to adapt alarm systems to the new standards – as proposed by the European Commission – was adjudged to be far too short by the participating speakers, who also noted that a demand for an extension had been rejected.

Keith Shinn, Massingberd-Mundy’s counterpart at an international level within a corresponding ISO Committee, assessed the current problems encountered by the industry in Europe and asked a provocative question: “Should European companies use ISO standards as their standards?”

Until this point in time, the growing use of analytics in both critical and non-critical applications hasn’t been covered by any standard. At the moment, end users have no way of assessing the various options available, while it’s also fair to suggest that their expectations are often unsatisfied.

Confidence in the concept

WD 62676-6 Video Content Analysis Performance – Testing and Grading is a new standard drafted to provide the industry and its end users with a way of measuring the various criteria and reinforcing confidence in the concept of video content analysis.

The standard is set to define the evaluation procedure and criteria for both server-based and ‘on the edge’ analytics, and will establish an Application Guide on how to install and calibrate video content analytics on site.

A point of focus for the standard will be ‘scenarios’: a list of defined situations that are analysed and reproducible for testing the performance of algorithms, such as those for abandoned baggage detection and doorway surveillance. The standard will define the ‘specific operational requirements for creating scenarios’ and provide examples of evaluation video clips for the listed scenarios of this standard, while also defining the parameters of the scenario.

As an organisation, Euralarm represents the electronic fire and security industry, providing leadership and expertise for that sector, the market, policy makers and standards bodies alike. Its members make society safer and more secure through the development of systems and services for fire detection, intrusion detection, access control, video monitoring and alarm transmission.

Founded in 1970, Euralarm now represents over 5,000 companies within the fire safety and security industry valued at 67 billion Euros. Euralarm members are both national associations and individual companies from across Europe.