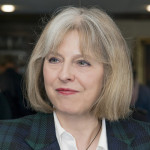 Home Secretary Theresa May has issued a detailed statement in response to Wednesday’s horrific terror attack in Paris during which gunmen mowed down 12 people at the offices of popular satirical magazine Charlie Hebdo. The following day, a female police officer was shot dead and a road sweeper left critically injured in what the authorities have now dubbed a “second terror attack” in the French capital.

The Home Secretary said: “The cowardly attacks that took place in Paris have shocked and sickened people in the United Kingdom and around the world. They are a reminder of the very serious threat we face from terrorism. In deliberately targeting and murdering journalists, the terrorists were attacking freedom and democracy. By murdering police officers, they attacked the people who risk their own safety every day to protect us and our way of life.”

Theresa May added: “The Prime Minister has spoken with President Hollande and British officials are in close contact with their French counterparts. We have offered France every assistance necessary, including the full co-operation of our police service and the security and intelligence agencies.”

The Home Secretary continued: “Following the attacks, we have taken the precautionary step of increasing security at the French-UK border. The UK threat level – which is set by the independent Joint Terrorism Analysis Centre – remains at ‘Severe’. That means a terrorist attack is ‘highly likely’ in the UK and therefore members of the public should remain vigilant.”

This week, May has also chaired a meeting of COBRA to consider Britain’s response to the Paris attacks and our own preparedness for a similar episode on home shores.

“People from all faiths and walks of life have expressed their disgust at the events that took place in Paris,” said May. “I want to reiterate our commitment to standing with the French people against terrorism. The thoughts and prayers of us all are with the families, friends and colleagues of the victims.”

As stated, security at ports and train stations has been tightened. A visible extra security presence is now in place both at British and French transport hubs serving destinations in the UK.

Passengers using stations serving Eurostar and Le Shuttle and ports serving ferries to and from France will be among those affected by the heightened security measures. Passengers, cars and freight trains at Calais and the Gare du Nord in Paris could be subject to extra checks.

The decision to boost security is not thought to be based on any specific intelligence, but rather has been fashioned as an “appropriate response” to Wednesday’s shocking events.

Andrew Parker, director-general of the UK security service MI5, has stated that Al-Qaeda is plotting to massacre huge numbers of civilians in Britain and other western countries.

Speaking at the Royal United Services Institute’s headquarters in London, Parker asserted that while Islamic State is the newest threat to the West and that self-started lone wolf plots are hard to foil, Al-Qaeda still has ambitions for something more spectacular.

“We know that terrorists based in Syria harbour ambitions towards the UK,” he explained, “trying to direct attacks against our country and exhorting extremists here to act independently.”

Parker went on to state: “Al-Qaeda continues to provide a focus for Islamist-inspired violence and a significant driving force for extremists to plot terrorist attacks against the West. British Islamist extremists still travel to South Asia, the Arabian Peninsula and other theatres to try to obtain terrorist training while terrorist groups in parts of Africa also pose persistent threats.”