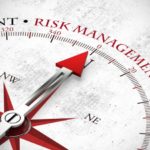 According to new research conducted by Deloitte, more than eight-in-ten organisations globally (83%) have experienced a third party incident – such as a supplier losing data after falling victim to a cyber attack – in the past three years. The figure rises to 90% of all UK-based respondents.*

Almost half of those incidents globally (46%) have resulted in a high or moderate business impact such as significant impairment to customer service, material financial losses, reputational damage or a regulatory breach. According to previous calculations from Deloitte, fines issued directly from third party failures have ranged from £1.3 million to £35 million, reaching £650 million for those firms operating internationally and resulting in an average share price drop of 2.55%.

The 2019 Extended Enterprise Risk Management Survey suggests that the majority of organisations have insufficient visibility of their supply chains and the potential risks they face from within these networks. In particular, only one out of ten organisations have a reasonable ongoing knowledge and awareness of their sub-contractors – typically referred to as fourth/fifth parties – engaged by their third parties.

Of this 10%, only 2% of organisations state that they identify and monitor all sub-contractors, while the other 8% do so for their most critical relationships, such as vital infrastructure and IT. The remaining 90% believe they’re lacking the required knowledge or resources to monitor fourth/fifth parties.

Not ‘brilliant at the basics’

Kristian Park, extended enterprise risk management (EERM) partner at Deloitte, explained: “Companies across the world are increasingly relying on an ever-growing number of third, fourth and fifth parties to supply everything from readily available consumables like office stationary through to bespoke and highly critical products and services. However, many are not ‘brilliant at the basics’ and don’t have appropriate oversight of what’s happening across their organisations, leaving them exposed to potential failures for which they may be held accountable.”

Park added: “With Brexit looming large on the horizon, for those companies operating in the UK it’s more important than ever to have sufficient oversight of their supply chains and any potential risks. Those who do so can not only proactively manage any goods or services that may be impacted in the short term, but also respond much quicker to any necessary changes – like meeting new regulations – that could lie ahead.”

Half of organisations (50%) are spending more than US$1 million annually to manage third party risks at present. However, approximately 11% of those surveyed – typically representing the largest and most complex global organisations – spend more than US$10 million per annum each and employ more than 100 full-time staff to do so.

Overall, investment is skewed towards protecting information security (68%) and data privacy (62%). Organisations are still under-investing in crucial areas such as labour rights (18%) and geopolitical risk (12%).

Park concluded: “With the rising number of cyber attacks and legislation such as the General Data Protection Regulation coming into force, it’s hardly surprising that companies have been focusing their investment on areas such as information security and data privacy. However, visibility in areas such as labour rights within a parent company’s supply chain – particularly as regulation to combat modern slavery grows across the world as recently seen in Australia – is grossly lagging behind. The same goes for areas like Health and Safety and geopolitical risk as tensions over trade wars continue, as well as financial viability and concentration risk, where systemic failures as a result of over-reliance are possible.”

*Deloitte’s EERM Survey collates the results of over 1,000 respondents from 19 countries around the world. The survey was conducted between November 2018 and January 2019. The survey encompasses the views of circa 260 UK respondents