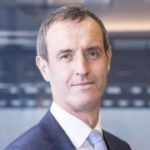 The Royal United Services Institute (RUSI) has appointed Rob Wainwright to the position of Senor Associate Fellow. Wainwright is the outgoing executive director of Europol, having led the organisation for the past nine years.

Wainwright transformed Europol into the primary intelligence-sharing and operational co-ordination centre in Europe. Prior to joining Europol, he occupied several positions in the UK’s intelligence and law enforcement communities, including the post of director international of the Serious Organised Crime Agency between 2006 and 2009.

As reported by Risk UK on 27 March, Wainwright will join Deloitte on Friday 1 June 2018 as senior partner for the company’s cyber practice in Europe.

Karin von Hippel, RUSI’s director general, said: “Rob will be an excellent addition to our Senior Associate Fellow network. He brings senior international policing expertise to RUSI, in particular benefiting our work on counter-terrorism, serious and organised crime, financial crime, cyber threats and cyber security. We’re delighted that he will be contributing to our research programmes going forward.”

Wainwright stated: “Building on its long-standing reputation for defence and security expertise, in recent years RUSI has produced forward-looking, cutting-edge research on terrorism and organised crime with an increasingly international outlook. Having encouraged fruitful collaboration between Europol and RUSI over the years, I very much look forward to contributing more personally to RUSI’s work in my role as a Senior Associate Fellow.”

Today, Europol is the primary intelligence-sharing and operational co-ordination centre in Europe, connecting over 1,000 law enforcement agencies and supporting myriad cross-border investigations each year against transnational threats from crime and terrorism. Wainwright led the establishment of the European Cyber Crime Centre (EC3) in 2013 and the European Counter-Terrorism Centre three years later, both of which have become key pillars in Europe’s response to more serious and complex security threats facing citizens and businesses.

Wainwright has also expanded Europol’s global footprint through the negotiation of over 20 new international co-operation agreements and the development of major new relations with US federal agencies and Government departments alike.

Under Wainwright’s leadership, Europol has pioneered the use of data and technology in new ways to better identify and respond to cross-border criminal and terrorist activity, developing transformational systems and networks that have significantly enhanced the organisation’s information reach and operational impact. Europol now carries the reputation of being a major innovator in the global security community.

Wainwright is one of the European Union’s leading executives on security issues. He also leads many public-private partnership initiatives, including through the World Economic Forum on cyber issues and the Institute of International Finance on efforts specifically designed to improve the global anti-money laundering regime.

Wainwright is a graduate of the London School of Economics and an Honorary Fellow with the University of Exeter and University of Cardiff. He’s a member of the European Council on Foreign Relations and also a member of Prime Minister Theresa May’s Modern Slavery Task Force.