Organisations “leaving themselves vulnerable to data breaches by former employees” 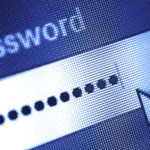 A large proportion of businesses fail to adequately protect their networks from the potential threat posed by ex-employees. IT decision-makers surveyed as part of a study by OneLogin claim that over half (58%) of former employees can still access the corporate network. The study also found that nearly a quarter (24%) of UK businesses have experienced data breaches by ex-employees.

“The sheer level of data breaches revealed by our study, coupled with the revelation that many businesses are failing to put simple processes in place to promptly de-provision ex-employees, should raise serious alarm bells for company leaders,” said Alvaro Hoyos, CISO at OneLogin.

“Our study suggests that many businesses are burying their heads in the sand when it comes to this basic, but significant threat to valuable data, revenue and brand image. There should be no excuse for this negligence, which will be brought further into the spotlight when the European Union’s General Data Protection Regulation (GDPR) comes into effect in 2018. The GDPR makes data protection a legal requirement for organisations, which could face fines of up to €20 million or 4% of their annual turnover, depending on which of those figures is higher.”

Hoyos went on to state: “With this in mind, businesses should proactively seek to close any open doors that could provide rogue ex-employees with opportunities to access and exploit valuable corporate data. Tools such as automated de-provisioning and SIEM will help close those doors with ease and speed, while also enabling businesses to manage and monitor all use of corporate applications. The first step is acknowledging the problem, which businesses have now done by confessing that they’re aware of the issue. Next, they must take positive steps to fix this issue by using the available tools.”

One-in-three (32%) security professionals lack effective intelligence to detect and take action against cyber threats. That’s according to a new study from Anomali, which also reveals that almost a quarter (24%) believe they’re at least one year behind the average threat actor. Half of this sample admitted they’re trailing by two-to-five years. This confirms the belief that many organisations are not adequately mitigating cyber risks.

The survey also signals that organisations struggle to detect malicious activity at the earliest stage of a breach or to learn from past exposures, which leaves numerous vulnerabilities undiscovered. Almost one-in-five (17%) of respondents to the survey haven’t invested in any threat detection tools, paid or open threat feeds or User and Entity Behaviour Analytics.

The findings of this study also demonstrate the need for organisations to possess an effective business continuity programme. If security professionals are not able to detect or prevent cyber threats then the host company must have plans in place to deal with those that do sneak through to ensure they’re not disruptive to operations.

Successful cyber attacks are not ‘smash and grab’-type events. Rather, cyber criminals typically lurk undetected inside enterprises’ IT systems for 200 days or more before discovery. During this time, attackers gain access inside the network, escalate privileges, search for high value information and ultimately exfiltrate data or perform other malicious activities.

This so-called ‘200-day problem’ is an ever-present danger, but survey respondents rarely examine historical records to discover whether or not a threat actor has entered their system. Just 20% consult past system logs on a daily basis, 20% weekly and 14% monthly, while 22% said either ‘Never’ or they don’t even know how often. This results in multiple missed opportunities to help prevent a data breach.

“The ‘200-day problem’ arises from the fact that logs are produced in such massive quantities that, typically, only 30 days are retained and running searches over long time ranges is a process that can take hours or even days to complete,” explained Jamie Stone, vice-president (EMEA) at Anomali. “Detecting a compromise at the earliest stage possible can identify suspicious or malicious traffic before it’s allowed to penetrate the network or cause harm. It’s imperative to invest in technologies that security teams can use to centralise and automate threat detection, not just daily, but against historical data as well.”