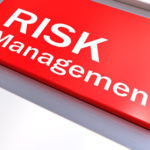 According to the findings of a new survey carried out by auditing, tax and advisory specialist KPMG (during which the business interviewed upwards of 150 UK CEOs about their investment plans for the future and the issues affecting their organisations), reputational risk emerged as having risen to the top of CEOs’ agendas in parallel with public scrutiny of the business world intensifying.

Operational and reputational risk were named by CEOs as the biggest concerns they’re now facing. This is a significant shift from last year when neither category featured in the Top 10 list of challenges, and duly reflects the heightened scrutiny of business practices by Government and members of the public alike.

Business leaders also admitted that they’re hiring experts to help them understand geopolitical risk. Seven out of every ten leaders questioned revealed they had already recruited new specialists into their management teams to help them plan for the future and actively mitigate political risk.

Bill Michael, chairman elect at KPMG in the UK, said: “Fuelled by global and domestic uncertainty and the increased threats to firms on multiple levels, the business landscape has become incredibly complex. Yet the CEOs who’ve ridden the storms facing their sectors over recent years have become more agile, constantly aware of the importance and the fragility of their brands and doing their utmost to protect them. This has also brought new demands for the CEO. They must be emotionally intelligent to navigate this change and guide and inspire their people through it.”

CEOs confirmed they’re investing time to improve their own knowledge of the new pressures facing their businesses, among them cyber security. Indeed, it emerged that 80% of those surveyed had attended a course within the last 12 months to help them meet the challenges of their role.

However, a significant number are not extending the same opportunity to their staff: 42% stated they had no plans to invest in new workforce training over the next three years, except to maintain current business needs.

“Closing the book on new staff training while future growth is uncertain may seem sensible, but it risks throwing future opportunities away,” stressed Michael. “The recent General Election result, combined with ongoing uncertainty over the implementation of Brexit, means that CEOs must invest now to have the skills they need in place for the future. Leaders must equip their colleagues with the right training, confidence and resilience to enable them to quickly adapt as political events unfold.”

The survey also revealed a wider absence of investment by British business. One in every two CEOs said they had made no new investment in innovation over the last 12 months (which KPMG defines as developing new products or services and ways of doing business). Meanwhile, 60% of CEOs said they had not invested in emerging technology over the last 12 months and, what’s more, have no plans to do so over the next three years.

“Although the UK stock market has reached an all-time high and economic growth is picking up,” continued Michael, “companies are still resistant to opening up their cheque books. The financial crisis was a chastening experience for many. It has left some business leaders inherently risk averse and unwilling to invest in anything but tried and tested products and technology. However, such a cautious approach could see British businesses missing out on new opportunities, which will instead be seized by their international counterparts who are investing now.”

*The majority of UK business leaders surveyed were subdued about growth prospects over the next three years. One-in-two CEOs (54%) believed their business would grow by just 0.01%-1.99% per annum over the time period, while 74% warned that increases in inflation meant they would have to pass on enhanced costs to their customers

*UK CEOs said they were most concerned about operational risk (35%), reputational risk (34%) and the risks presented by emerging technology (32%)

*58% said they would not make any new investment in innovation over the next three years, including new products or services and ways of doing business

*Only one-in-ten UK CEOs listed the development of talent as a priority for their business over the next three years, despite the impact Brexit could have on their talent pools

*The KPMG survey highlights concerns about the future diversity of those leading UK business. 95% of UK CEOs surveyed believe their successor will be a male rather than a female