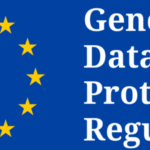 Six months on from the General Data Protection Regulation (GDPR) coming into effect, more than two-thirds of organisations are responding to customer data requests late. That’s according to new global research by Deloitte.

The survey of 1,100 organisations* found that customer data requests, such as opting out of direct marketing and the right to erasure, are typically dealt with beyond the set timeframe of one month.

Peter Gooch, cyber risk partner at Deloitte, said: “Six months in, what’s clear is that some organisations are still grappling with the implementation of their GDPR compliance. Given the complexities of such programmes and increased consumer awareness of such requests, we would expect some bedding-in time. However, our research found that a fifth of organisations only aimed for bare minimum compliance back in May, which may be indicative of the delays some customers are currently experiencing.”

Gooch continued: “That said, 33% of organisations surveyed continue to invest in their privacy practices, including in technology and talent. Since May, 70% of organisations surveyed have seen an increase in staff who are either partly or fully-focused on GDPR compliance. For many, this included the recruitment of a dedicated Data Protection Officer (DPO). Of the countries surveyed, the UK leads in this respect, with 92% of respondents assigning a DPO.”

In conclusion, Gooch observed: “Overall, organisations are taking the right steps in continuing their GDPR implementation and the majority (92%) felt confident in demonstrating their ability to conform in the long-term. In the immediate term, though, many will need to address today’s pressure to respond to data requests. This is particularly the case as online tools, enabling consumers to make mass data requests, increase in popularity. Those that are currently responding with some delay will need to adopt a more customer-centric approach, not only to meet the existing volume, but also the influx of requests these tools could create.”

*Deloitte’s GDPR Survey is based on 1,100 responses from individuals with some involvement in the GDPR within their organisations. The organisations themselves span 11 countries, including the UK, the US, Canada, Spain, Italy, the Netherlands, France, India, Sweden and Australia.