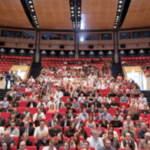 On Friday 16 June around 750 professionals gathered at Manchester’s One Central Convention Complex for a Project Griffin briefing. Attendees emanated from a range of industry and business sectors – including retail, hospitality, entertainment and the travel world – in a bid to learn how they can protect their organisations against terrorist attacks and what to do in the event of a major incident unfolding.

These briefings are typically administered to groups of between 30 and 50 individuals, with the previous largest attendance in Manchester consisting of around 140 attendees. With this event being delivered to more than five times that number, it demonstrates the desire of local businesses to keep their employees – and members of the wider public – safe from harm at all times.

Project Griffin is a NaCTSO initiative designed to help protect workers, businesses and communities from the threat of terrorism. Launched back in 2004, the initiative builds on existing partnerships between counter-terrorism police, the Emergency Services and local companies, helping businesses to improve their security posture and preparedness plans in order to better protect their staff and customers.

In this day and age, companies have to guard against a variety of potential threats ranging from crude attacks by lone attackers inspired by terrorist or extremist political ideologies through to sophisticated and directed plots requiring significant planning and resources.

Detective Chief Superintendent Scott Wilson, the national police co-ordinator for Protect and Prepare, said: “Project Griffin has been a vitally important strand of our policing strategy for more than a decade, but recent atrocities in Manchester and London have brought into sharper focus the necessity for the police and our partners in industry to work closely together. I’m delighted to see this partnership is flourishing in the North West, and I’m sure this is typical of the close relationship police forces around the country share with local businesses.” 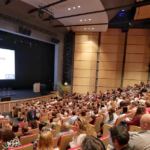 Wilson continued: “While there’s no specific intelligence to suggest that an attack is imminent, the threat from terrorism is ‘Severe’ and that means an attack is highly likely. It’s important to keep a sense of perspective, though. Our aim is to move public thinking from an irrational fear of terrorism to a rational concern, whereby the nature of the current threat is better understood and staff members know what to do if they find themselves involved at the scene of a terrorist incident or if they should witness the preparations for a future attack. This may include recognising and reporting suspicious behaviour, dealing with a suspect package or reacting to a firearms or weapons attack, even though such events are, thankfully, quite rare.”

In addition, Wilson stated: “We’ve recently renewed our crowded places guidance to ensure that both the public and industry have the most up-to-date information on how to mitigate the risk from terrorism.”

Vaughan Allen, CEO of CityCo, the city centre management company for Manchester and Salford, explained: “Since the tragic night of the bombing at the Manchester Arena, CityCo has been working with businesses to keep the city open and help ensure everyone working, living and visiting Manchester feels safe. It’s a sign of how seriously businesses take the need for their staff to be as well informed as possible that this Project Griffin event is one of the largest-ever counter-terrorism awareness events organised in the UK. CityCo will continue to work with our partners at the NWCTU and the Greater Manchester Police in the months ahead, rolling out further training and ensuring businesses have up-to-date and accurate advice to hand.”

Home Secretary Amber Rudd has secured the support of the ‘Five Eyes’ members in urging communication service providers to do more in removing terrorist and violent extremist content online.

In a two-day trip to Ottawa, Canada as part of a Five-Country Ministerial, Rudd joined her counterparts from Australia, Canada, New Zealand and the US in taking a united stand against international threats.

Ministers from the five countries put their name to a joint letter on tackling terrorist use of the Internet, welcoming an announcement from Facebook, Microsoft, Twitter and Google to begin forming a new global industry body, but stressing that it’s critical progress is made quickly.

The letter makes clear there should be no ‘safe space’ in the online environment for terrorists and extremists to communicate their unlawful goals. Hateful content used to recruit and radicalise individuals should be removed faster as much of it is still freely accessible.

The cross-country support for the letter comes after the Home Secretary held a round table discussion in March with major Internet Service Providers to encourage them to prevent the dissemination of terrorist and hateful propaganda. Now, these companies are working on an industry-wide forum that will share information, provide technical solutions and afford support to small companies.

“The issue of terrorism transcends borders,” explained Rudd. “A truly global effort is needed to end the spread of hateful propaganda. The commitment from my fellow ‘Five Eyes’ members to a shared approach to communication service providers and their backing of the new industry forum is a vital step forward. In our darkest hours, the international community has stood together. The ties between our countries give us a strong foundation to end the spread of the poisonous propaganda used to recruit and radicalise people across the world. This letter is a statement of intent that our countries will never let the terrorists win.”