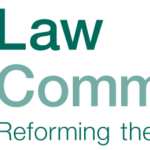 The Official Secrets Acts are being independently reviewed to ensure that the law is keeping pace with the challenges of the 21st Century. The Law Commission – a non-political independent body set up by Parliament in 1965 to keep all the laws of England and Wales under review, and to recommend reform where it’s needed – has just published a Consultation Paper which suggests ways in which to improve the law around the protection of official information.

Law Commissioner Professor David Ormerod QC said: “The Law Commission welcomed the opportunity to conduct this rigorous and independent review of the law around the protection of data, including the Official Secrets Acts. We’ve made a number of provisional conclusions as to how the legislation could be improved that we believe will enhance the protection currently afforded to official information.”

Classified information is protected because its disclosure might harm national security or damage international relations. If such information is misused, serious damage can be caused, which is why any unauthorised disclosure of this information is criminalised by the Official Secrets Act 1989.

In addition, there are a multitude of other offences contained in numerous statutory provisions that protect different categories of information. The Official Secrets Act 1911 still provides the principal legal protection in the UK against espionage, despite the fact this legislation was enacted in the run-up to the First World War.

Since its implementation over 100 years ago, the legislation has been subject to very little independent scrutiny. As a result, the Cabinet Office – on behalf of the Government – asked the Law Commission to review the effectiveness of the laws that protect Government information from unauthorised disclosure.

Now, as part of a consultation process, the Law Commission is seeking views on its proposals which suggest ways in which legislation could be improved to ensure that it protects information more effectively. These include:

The Law Commission also suggests separate reviews should be undertaken to examine the coherence of those offences that protect personal information and ensure the correct balance is struck between the right to a fair trial and the need for safeguarding sensitive material in criminal proceedings.

The open public consultation on the protection of official data will run until Monday 3 April. To access the full consultation, provisional conclusions and recommendations and to respond visit the Law Commission’s website: http://www.lawcom.gov.uk/project/protection-of-official-data/

In making its proposals, the Law Commission met extensively with – and sought the views of – Government departments, lawyers, Human Rights NGOs and elements of the media.