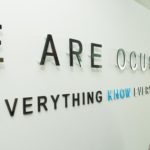 “Groundbreaking” surveillance technology is set to “revolutionise” the ability of UK businesses to defend against fraudulent cases of slips, trips and falls which are currently estimated to cost more than £800 million per annum. The “world’s first” Video Surveillance as a Service (VSaaS) system – designated Ocucon – will provide unlimited storage for unlimited cameras within the cloud.

Launching in the UK this month in partnership with Google Cloud, the new technology will remove physical limitations on the amount of surveillance footage an organisation can save. Delivering a powerful, cloud-based storage and retrieval platform, Ocucon combines intelligent data analytics with the facility to store, analyse and retrieve unlimited amounts of video surveillance footage from within the Ocucon portal.

Offering protection against theft, vandalism or fraudulent insurance claims, the new service is already generating significant interest among large retail chains and is expected to be of value for any organisation capturing large amounts of CCTV data, such as transport hubs or local authorities.

*An easy-to-navigate portal providing near real-time and on-demand download access to video surveillance footage from the cloud, with date, time and camera search function

Ocucon’s co-founder Gary Trotter commented: “Typically, businesses are restricted to saving 30 days of surveillance footage purely because of the sheer scale and size of the data involved. However, the threat of litigation and fraudulent claims, many of which are received after 30 days has passed, has resulted in increasing numbers of businesses needing to store their security footage for longer periods.”

Trotter continued: “Ocucon is the first cloud-based software system that processes and transmits unlimited amounts of CCTV footage into the cloud. Providing organisations with the flexibility to store uncapped amounts of data for as long as required will revolutionise the way in which businesses defend against wrongful allegations and allow for greater post-recording video analytics that will ultimately generate significant security and business insights.”