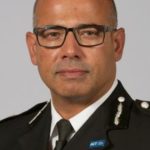 Basu informed the Select Committee that, despite preventing 17 attacks – including four right wing plots – since March 2017, it’s now becoming increasingly difficult for the police and the Security Services to stay ahead of the risk posed to the public.

“In 2017, we learned that these attacks were not a temporary escalation, but a sustained shift in the threat,” said Basu. “Today, the UK’s ‘Counter-Terrorism Machine’ continues to run red hot. Together, Counter-Terrorism Policing and MI5 are working on a record high of over 700 live investigations. Despite thinking that our biggest threat was returning or directed by foreign fighters, the majority of terrorists who have attacked and plotted are already here and inspired by UK or dual UK nationals. Since the Westminster attack in March of last year we’ve stopped 17 attacks. I expect these figures to increase.”

“To keep ahead of the game we need to make the changes we have identified to Government,” he stressed, “but it’s like fine-tuning a Formula One car while it’s still going round the track setting lap records.”

He observed: “My predecessor said that, despite our best endeavours, we are not yet as well matched to the threat as we were a few years ago. That is, unfortunately, still true today. Matching the new threat – including that from the extreme right wing and suspected hostile state actors – will require new ways of working and for us to maintain our resources, including those for local police forces.”

Basu continued: “This is extremely difficult when Counter-Terrorism Policing is always working to short-term funding arrangements. It would be easier for us to have a funding settlement made over five years. A settlement which is manoeuvrable. Having to go back every year to obtain funding for large projects that require many years to come to fruition is very difficult. A longer-term funding settlement would greatly assist us to protect and improve a national police, Security Service and Government tri-partite approach which has been honed over decades, and which remains world-class in form and function.”