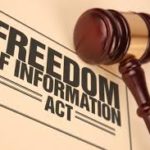 The National Police Chiefs’ Council (NPCC) will “no longer be able to operate in secret” after Human Rights campaign organisations Liberty and Privacy International demanded it be subject to Freedom of Information laws. The Government has now informed the two organisations that it has started a process to designate the law enforcement policy-making body as a public authority subject to the Freedom of Information Act (FOIA), in turn meaning that the NPCC will be open to public scrutiny.

In the course of requesting information from the NPCC about IMSI catchers – a type of mobile phone surveillance equipment – Privacy International received the alarming response that the NPCC no longer considered itself subject to the FOIA.

According to Liberty: “The NPCC’s response was a startling departure from its prior position, maintained since its inception, that it was open to Freedom of Information requests from the public.”

Liberty – which is representing Privacy International with respect to its IMSI catcher Freedom of Information requests – subsequently wrote to the Government to request the immediate designation of the NPCC as a public authority subject to FOIA. After two months, the Government has now laid a draft Statutory Instrument before Parliament putting this in motion.

Scarlet Kim, legal officer for Privacy International, said: “It simply cannot be acceptable for a public body that’s responsible for shaping national policing policy to be exempt from public scrutiny. The Government has now closed an important loophole, ensuring that the NPCC is more transparent and accountable to the public. The FOIA is a critical mechanism for holding policing bodies accountable, and particularly so when it comes to surveillance, which is conducted in secret and is therefore susceptible to misconduct and abuse.”

Kim added: “While we welcome the Government’s move to ensure that the NPCC is subject to the FOIA, it should not have been necessary for Human Rights groups to campaign for this change. We encourage the Government to adopt a more robust approach towards the implementation of the FOIA across public bodies in order to ensure public confidence in its activities, including law enforcement.”

Hannah Couchman, advocacy and policy officer for Liberty, responded: “Open and transparent Government is a cornerstone for a democratic society, and the Freedom of Information Act plays a crucial role in holding the State to account. Over the years, this essential tool for public scrutiny has revealed many uncomfortable truths. It’s simply not acceptable for new public authorities to ‘fall through the net’ and operate in secret. Policing policy requires robust oversight. Liberty will continue to ensure that mechanisms are in place for public accountability.”