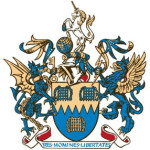 The Worshipful Company of Security Professionals’ Coat of Arms

The City of London Sheriffs’ Award is an inspiration-centric award presented annually to an individual who has acted in a brave manner to confront danger to another person or their property and also to celebrate such selflessness. The winner of this award, which is bestowed by The Worshipful Company of Security Professionals, receives a trophy, a framed certificate and – as of 2014 – a cheque for £2,500.

Inspired by the bravery, heroism and actions of members of the public during the 7/7 London bombings in 2005, members of The Worshipful Company decided that they not only wanted to do something that would recognise the achievements of “ordinary person conducting extraordinary acts of bravery in the course of their everyday lives” but also forge a unique bond with the City of London.

This was indeed the vision presented to Sir David Lewis (just as he was about to become Sheriff) and also to Sir David Brewer as Lord Mayor. They both supported the concept and the annual Sheriffs’ Award was duly born.

The 2014 Sheriffs’ Award winner was John Wayre, a musician and composer who risked his life by tackling a man armed with a knife who had attacked and stabbed a woman on Bromley Road in South East London on 22 August 2013. The Sheriffs’ Award was presented to John by Alderman and Sheriff Dr Andrew Parmley and Sheriff Mrs Fiona Adler at The Worshipful Company of Security Professional’s Annual Dinner held on 13 October last year.

The launch of this year’s Sheriffs Award took place at the Old Bailey back in February and was again a prestigious affair attended by people who all have one thing in common: the desire to recognise selfless acts of bravery.

By order of the Sheriffs’, and in keeping with tradition, the recipient of the 2015 Sheriffs’ Award will have their name inscribed both on an Honours Board and in a Book of Honour on permanent display at the Central Criminal Court, inside the Old Bailey in the City of London.

Barrie Stewart, current Master of The Worshipful Company, commented. “A 70-year old lady wields her handbag to save a young man from being stabbed. A sixteen-year old male tackles a machete-wielding man in a club. Last year’s winner prevented a young woman from being hacked to death by a disturbed young man on the street. Another member of the public tackles a gunman in a public park. These are just some examples of how, in recent times. the Sheriffs of the City of London together with The Worshipful Company of Security Professionals have said ‘Thank You’ to citizens for not only showing bravery but also a willingness to help a fellow person in times of difficulty.”

The military, the police service, the blue light services and organisations within the private security sector are now rallying to search for that “ordinary person performing an extraordinary act of bravery”. Nominations are sought from across the UK and are open to members of the public as well as members of the Emergency Services, the Armed Forces and those employed within the UK’s security sector.

*For more information on the 2015 Sheriffs’ Award visit: http://www.wcosp.com/index.php/the-sheriffs-award

**Nomination forms may be downloaded at: http://www.wcosp.com/index.php/online-form

***Return the completed form by 1 August 2015 either by e-mail to The Clerk at clerk@wcosp.org or via post to the following address: Tricia Boswell, 34 Tye Green, Glemsford, Sudbury, Suffolk CO10 7RG

About the Worshipful Company of Security Professionals

The Worshipful Company of Security Professionals is one of the Livery Companies of the City of London. The Company is a charitable organisation providing education and health services to members of the professional security community. Membership of The Company is drawn from the security sector and includes serving and retired members of the police service and the Armed Forces, security consultants, academics, heads of security for corporate businesses and investigators.

New Deputy Chairman and Vice-Chairman appointed by The Security Institute