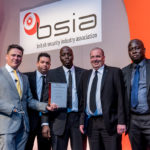 Nominations for the British Security Industry Association’s (BSIA) 2017 Security Personnel Awards will officially close on Wednesday 30 November 2016. With the deadline now fast approaching, the Trade Association is encouraging its members to reward their outstanding personnel and put forward their nominations now.

These highly prestigious awards are bestowed on an annual basis at both a regional and national level across five main categories: Best Team, Outstanding Act, Service to the Customer, Best Newcomer and Best Use of Technology.

Judging of the regional awards will take place throughout December. Those who are successful in the regional rounds will then progress through to the national round of judging, with the winners traditionally recognised at the BSIA’s Annual Luncheon (to be held next July in central London).

The awards themselves aim to recognise the outstanding achievements of personnel working in the industry and are a great opportunity for businesses to reward the hard work of their employees. Businesses of all sizes are encouraged to put forward their members of staff for the awards, with both small and medium-sized companies picking up accolades in recent years.

“Having received a great number of both national and regional awards from the BSIA over the last few years, The Westgrove Group is always delighted to be recognised for such great achievements within our colleague community,” enthused Claire McKinley-Smith, managing director at The Westgrove Group.

“As an independent business, to be going head to head with some of the larger industry players and continue to win awards year on year is testimony to the outstanding work our colleagues are conducting on behalf of The Westgrove Group and our business partners. Our colleagues have been thrilled to receive their awards from the BSIA, which is a highly regarded organisation in the security business sector. To be acknowledged for their achievements by such an organisation is absolutely fantastic.”

50th Anniversary of the BSIA

2017 not only marks the 19th year of the Security Personnel Awards, but is also the 50th Anniversary of the BSIA, making the awards ceremony an even more momentous occasion.

The 2016 awards, which were sponsored by Camberford Law plc, celebrated the achievements of 34 outstanding regional winners and 17 exceptional national winners, all of whom had showcased their tremendous contributions to the industry at large.

Speaking about what the Security Personnel Awards mean to the company, Barry Dawson (managing director of VSG) commented: “By putting forward individuals and teams for the BSIA’s Security Personnel Awards, we’re demonstrating just how much our clients and VSG value their commitment and initiative. For those who won regional awards in 2016 and the eight VSG team members who won the national awards, this was the ultimate recognition of how valuable their contribution is, not just for our clients, but also in terms of the security sector in general. At VSG, we feel very proud of their achievements. The awards process is an opportunity to reflect on how we can share their stories and continually raise standards across our business.”

Alongside the main accolades, the winners and their employers also receive positive publicity in local and regional media, as well as comprehensive coverage within the security trade press.

“As a company who values its staff, we were delighted that several of our employees were singled out and commended for their work in the BSIA Security Personnel Awards 2016,” enthused Gary Shuttleworth, head of security guarding and key holding services at Kings Security Systems. “It’s an honour that the commendable and limitless contributions our security personnel make to the industry – and, indeed, the wider community – each and every day are honoured by the BSIA.”

*BSIA member companies can make their nominations for 2017 by filling out the application form at: http://www.bsia.co.uk/security-personnel-awards.aspx