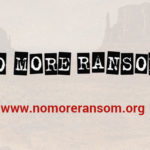 Nine months after the launch of the ‘No More Ransom’ project, an ever-growing number of law enforcement and private sector partners have now joined the initiative, allowing more victims of ransomware to access their illegally locked data files without having to pay the criminals responsible.

The platform www.nomoreransom.org is now available in 14 languages and contains 40 free decryption tools. Since Europol’s last report in December, more than 10,000 victims from all over the world have been able to decrypt their affected devices thanks to the tools made available free of charge on the platform.

‘No More Ransom’ was launched in July last year by the Dutch National Police, Europol, Intel Security and Kaspersky Lab, introducing a new level of co-operation between law enforcement and the private sector to fight ransomware together. Since the launch, dozens of partners from all continents have joined. This shows that ransomware is a worldwide problem that needs to be – and will be – fought on a collective basis.

Statistics show that most visitors to the platform come from Russia, the Netherlands, the United States, Italy and Germany.

Previously available in English, Dutch, French, Italian, Portuguese and Russian, the web page has now been translated to Finnish, German, Hebrew, Japanese, Korean, Slovenian, Spanish and Ukrainian. More languages are expected to be made available soon in order to better assist ransomware victims right across the globe.

AVAST, CERT Polska and Eleven Paths-Telefonica Cyber Security Unit are joining ‘No More Ransom’ as associated partners which brings the total to seven.

30 new partners have also decided to support the project, in turn bringing the total to 76.