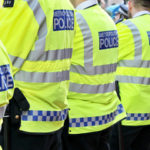 NICE is hosting the Transformational Global Policing Summit on Tuesday 19 March at Stamford Bridge, the home of Chelsea Football Club. Co-sponsored by Deloitte, Microsoft and CoPaCC and with Risk Xtra serving as Official Media Partner, the Summit features free registration for police executives who are focused on transforming how their agency manages digital evidence, as reflected in the National Police Chiefs’ Council’s Policing Vision 2025.

Summit participants will benefit from sessions on digital evidence management and robotic automation led by forward-thinking experts and colleagues in policing.

Chris Wooten, executive vice-president at NICE, explained: “Mounting digital evidence is on a collision course with outdated technology, decades-old investigative processes and resources that are being stretched to the limit, all of which is creating the perfect storm. It’s a ‘now or never’ moment for the transformation of policing and, as such, this is a must-attend event for every force, whatever the stage of their digital evidence management planning.”

The priorities and timelines for digital transformation will be outlined in a presentation by Bernard Rix, CEO of CoPaCC (an independent organisation that takes an active interest in policing governance for England and Wales) and the publisher of Policing Insight, an informational resource for the police and criminal justice community. In a session entitled ‘Know Your ICT Landscape: Make a Plan’, Rix will unveil the results of the groundbreaking National Police ICT Survey 2018: ‘Digital Evidence Management: User Perspectives’.

The Summit agenda also features a high-level digital policing panel focused on ‘The Now, The Future and The Possible’ which will be led by Paul Kennedy, the former Deputy Chief Constable of North Yorkshire Police. Kennedy explained to Risk Xtra: “At this Summit, we’ll be looking at how forces can forge a cohesive plan to replace the current siloed approach towards digital evidence, as well as looking at how the disclosure process can be improved to ensure successful prosecutions.”

The Summit will provide hands-on demonstrations of transformative technologies being used by forces around the world for digital evidence management. These demonstrations will be complemented by a presentation of a police force success story illustrating how the force was able to go from a situation where 90% of digital evidence wasn’t readily accessible for investigations to its position today, whereby it has deployed new digital evidence management technologies that have already focused on over 121,000 cases and matched 345,000 items to those cases.

The success story will show how today’s force investigators can obtain and assemble the evidence they need for cases in minutes or hours instead of the days or weeks it took previously.

The Transformational Global Policing Summit is free to attend for police executives. Running from 9.00 am through until 4.00 pm, the event also features an exclusive behind-the-scenes stadium tour which will include a walk through the players’ tunnel and a photo opportunity with the FA Cup.