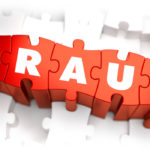 Lincolnshire Police has moved to publicly acknowledge the central role played by NHS Protect’s Forensic Computing Unit in bringing an organised crime group to justice – ten members of which were sentenced on Friday 23 June at Leicester Crown Court – as a result of Operation Tarlac.

Since the end of 2011, Lincolnshire Police has been investigating a series of divert frauds (also known as mandate frauds) perpetrated against public bodies including a number of NHS Trusts. Over £12 million was subsequently laundered, much of it overseas.

Numerous UK police forces and agencies in Dubai, Poland and other countries have worked closely to crack the international organised crime group.

*Royal Free Hampstead Hospital paid out £1.43 million to the fraudsters, but the cash was returned

*Sheffield Teaching Hospitals NHS Foundation Trust was targeted, but chose not to respond

“I would like to pay tribute to NHS Protect, and in particular the work undertaken by its Forensic Computing Unit, which has provided exceptional support to this investigation,” stated Sgt Mike Billam, head of Lincolnshire Police’s Economic Crime Unit. “It’s an outstanding example of partnership working.”

Sue Frith, interim CEO at the NHS’ Counter Fraud Authority and managing director for NHS Protect, said: “The collaborative work NHS Protect does with other agencies is vital in tackling fraud against the National Health Service. We applaud the work conducted by Lincolnshire Police to bring these criminals to justice. We’ve been working closely with Lincolnshire Police on this matter. Our outstanding Forensic Computing Unit and intelligence, fraud investigation and financial investigation specialists have played key roles.“