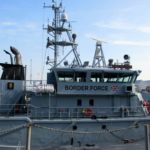 James Brokenshire, the Immigration Minister, said: “Our investments and improvements over the past six years have left us with one of the most secure borders in the world, but we know we must go further and continue to adapt and react to the challenges we face.”

Brokenshire continued: “That’s why we will be establishing a series of operational hubs, procuring additional boats and introducing new powers to make the UK’s coastline even more secure from criminals looking to smuggle guns and drugs or facilitate illegal entry into the country.”

The additional measures will complement ongoing joint work already undertaken to address the situation in Northern France. The UK and French Governments have combined to improve security, collaborate on returns and deter migrants from making the perilous journey across the Channel.

In addition, Brokenshire will meet with his Dutch and Belgian counterparts next month to continue discussions on their joint commitment towards strengthening port security and determinedly tackling organised crime.

From 31 May, new maritime enforcement powers will come into force. These will allow Border Force officers to stop, board, divert and detain vessels and arrest anyone they suspect has broken immigration law.

The stronger maritime powers, which form one part of the wide-ranging Immigration Act, are intended to combat three immigration offences in the territorial waters of the UK: assisting unlawful immigration, assisting an asylum seeker to arrive in the UK and assisting entry to the UK in breach of a deportation or exclusion order. 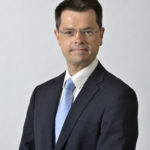 Patrol vessels will also be introduced, in turn helping to intercept attempts to smuggle dangerous weapons, drugs and migrants into the country.

The first batch will be in place in the coming months, with all of the vessels operational by the end of next year. These vessels will add to the degree of protection already offered by the Border Force cutters and Royal Navy vessels which patrol the UK’s coastline.

In addition, Border Force will set up three maritime co-ordination hubs in Cornwall, the Thames Estuary and the Humber over the summer, all of them fully committed to tackling a range of threats on the UK coastline.

The hubs will also enable Border Force to increase its presence at smaller ports and deploy officers quickly across the coastline where they’re required.

Border Force will use funding of £31 million (announced in the Budget last March) to crack down on illegal tobacco smuggling. This will see 150 additional Border Force officers deployed over the next four years and will help to reduce the tax revenue lost to the UK as a result of such criminality.