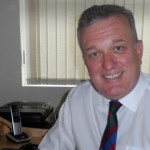 Joe Connell: newly-elected chairman of the Association of Security Consultants

At this year’s Annual General Meeting, Joe Connell was elected as the new chairman of the Association of Security Consultants (ASC). Connell has been a member of the ASC since 2010 and served on the Board for three years. He’s joined by fellow ASC member Roger Noakes, a stalwart of the security industry, as deputy chairman.

Between them Connell and Noakes, together with fellow ASC director Nick Johnson (who takes on responisbility for marketing), have been developing and producing a successful series of ASC events including CONSEC (the organisation’s annual conference) and the themed ASC Business Groups which are now being held at the new venue of the London Chamber of Commerce.

Connell has been in the consulting world since 2006 following a 32-year policing career which led him to a senior position with Specialist Operations at New Scotland Yard. He has consulted throughout Western and Eastern Europe, Asia and Africa. Connell spends much of his current time as the Senior Police Adviser in Somaliland where he leads a team developing the capabilities of this growing country in a vitally important region for global security.

Connell and the new ASC leadership team are keen to grow the ASC as a membership body for independent security consultants. “The independence aspect is key to the value ASC consultants bring to the market,” explained Connell in conversation with Risk UK. “Members are drawn from a broad range of professional backgrounds, each honed in their own security-related discipline. It’s this consultant knowledge, coupled with their independence from specific products, which gives end users the confidence that they’re being offered the best advice on their security issues”.

Roger Noakes added: “That’s not to say that ASC consultants don’t maintain a regular insight into latest technologies and capabilities available in the marketplace.”

Industry stalwart Mike Cahalane stated: “Standards are vitally important to us. That’s why the ASC is represented on each of the BSI Standards Committees where it can actively contribute to and promote the development of standards within the wider security industry.”

CONSEC and the ASC Business Groups

The ASC holds a number of key events throughout the year to promote standards and to build knowledge and understanding within the industry and also among end users of security services and products.

CONSEC, the organisation’s keynote event, is held in the autumn each year and attracts a body of prominent speakers and exhibitors. The 2015 conference runs on 15 October at the Heathrow Marriott Hotel.

The Imbert Awards Luncheon is held in June of each year in recognition of the contribution to security made by practitioners and from those in academia. This year’s gathering takes place tomorrow, Thursday 25 June, at the Royal Air Force Club in London’s Piccadilly.

ASC Business Groups are held regularly to enhance knowledge and understanding of ASC members and guests alike and to provide excellent professional networking opportunities. “We revitalised our Business Groups in 2014 and now hold them at the London Chamber of Commerce,” explained Joe Connell. “This has been a great success as the venue and facilities of the Chamber have proven very successful with our members and guests. In fact, the London Chamber of Commerce has been a valuable business partner as we share mutual interests in promoting security and resilience within industry and commerce in general while the ASC is represented on the Chamber’s Defence & Security Committee. Association with the London Chamber of Commerce a key ASC membership benefit.”

Plans for the new management Board

What, then, will the new management Board do differently?

“Some things we will not change at all,” urged Connell. “For instance, we want to maintain the high standards that have always been associated with the ASC since its foundation in 1991. At the same time, though, we do want the ASC to grow in terms of its membership and scope. We would like to see the ASC be the first choice for truly independent security consultants entering or practising in the sector and to provide them with the wider benefits of membership of a professional association. We also want the ASC to be the first choice for end users seeking the very best advice for their particular security issues.”