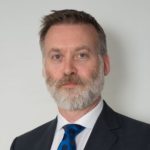 The new-look Independent Office for Police Conduct (IOPC) – which officially replaced the Independent Police Complaints Commission (IPCC) on Monday 8 January – needs a “radical overhaul” if it’s to improve on the work of its predecessor as it takes up the mantle of investigating serious complaints against police officers. That’s the considered opinion of the Police Federation of England and Wales (PFEW).

According to the PFEW, the IPCC has been “plagued by delays, sub-standard investigations and poor service” and has often left officers and others in limbo “for months, if not years” before enquiries were completed or dropped.

Phill Matthews, conduct and performance lead for the PFEW, said the new IOPC has “a chance to put things right” and improve the way the whole organisation goes about its business “after case upon case” of bungled enquiries.

“It’s absolutely right and proper that, where there are cases to answer, officers are investigated and any appropriate action taken,” stated Matthews, “but what’s not right is that people’s lives are left in limbo and their careers in tatters for months and months on end. We have dealt with countless cases where delays for one reason or another have happened, with cases not being finalised for months and sometimes years. The stress this puts on the officers involved is unacceptable, particularly when after all of that cases are dropped because it’s clear officers were just doing their job, or no evidence to the contrary has been presented.”

Matthews added: “Michael Lockwood, the new director general of the IOPC, has a chance to put things right and set out the organisation’s stall from the off. I sincerely hope that the failings of the past are recognised and that the organisation will listen to advice as this cannot simply be a case of a name change. Radical improvement has to be made for the IOPC to have any credibility.”

Recently, the IPCC apologised to officers following a five-year investigation where the organisation admitted that it didn’t investigate or conduct matters properly. The complaint into that, which was raised by Matthews, took six months to deal with, during which time the organisation further apologised for not meeting its own deadlines.

“We plan to have an urgent meeting with the current CEO and the future deputy director general as a priority on him taking office if he values staff association co-operation so we can clearly set out our expectations,” outlined Matthews. “In the specific case about which I complained, the IPCC admitted that it let officers down by not investigating this in the way it should have been and that performance wasn’t at an acceptable standard. The IPCC also admitted that it didn’t record or disclose material that it had a duty to do so and that the evidence collected in that investigation indicated a lack of knowledge in some of the fundamental areas of the investigative processes and in record keeping. This is just one case, but it’s not isolated. Time and time again we’ve been dealing with bungled enquiries. This has to stop as it’s affecting people’s lives and impacting their health.”

In conclusion, Matthews observed: “What’s clear is that the majority of wrongdoing by police officers is rooted out internally by officers and forces themselves in any case. Of the most serious cases involving deaths, for example, a tiny proportion are perceived to have breached the Codes of Conduct, while an even smaller percentage of officers actually need to be dismissed because of it. The question we must ask ourselves is this… Is it really worth the huge financial costs involved in this body to satisfy the public that our members overwhelmingly act correctly in the majority of cases?”