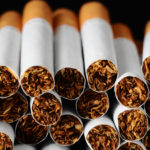 The National Business Crime Solution (NBCS) is urging logistics companies to do more to halt the rapid escalation in tobacco theft from the rear of delivery vehicles. There has been a sharp increase in the number of reported incidents, with police figures stating at least 240 cases of theft/robbery of tobacco from logistics vehicles across the UK since April, affecting some of the High Street’s biggest names and resulting in significant losses.

Tobacco thefts are currently being carried out across all regions of the UK by organised crime gangs, the members of which are able to commit their crimes with relative ease. The modus operandi is usually similar, with thieves either entering a lorry at either traffic lights or in heavy traffic while it’s en route from a Distribution Centre or when the lorry’s at a store and the driver’s making a delivery.

It’s thought that offenders park close to a Distribution Centre, follow a vehicle and wait for a suitable opportunity to commit the offence. In some situations, they force drivers to pull over and block their route, while other members of the gang gain access to the trailer and steal tobacco.

On some occasions, when tobacco has not been present, electronic goods have also been stolen.

Making sure a vehicle is secure during transit is the first and most obvious method of protection against these attacks. If further security is required then technology such as cameras whose images can be monitored by the driver may be installed, so too alarms and panic buttons.

Risk management is also a key factor. Logistics firms need to establish and implement an in-transit security policy with clear procedures for the driver to follow. This policy must be well communicated such that a driver knows what measures should be taken to protect cargo, what to do if confronted with a theft situation and the procedures for reporting a theft.

The NBCS is working with its members and the police to try to halt this trend by encouraging police officers to feed back information to the NBCS via intel@nationalbusinesscrimesolution.com so that offences are not written off at source. Also, the NBCS will liaise with Regional Intelligence Units and the newly-formed ROCTA network, as well as Op Liberal which deals with traveller-related issues to ensure all investigative opportunities are considered.

“The transportation of goods is the weak link in the logistics supply chain and risk increases as soon as a vehicle leaves the relative safety of the depot and enters the road network,” commented the NBCS’ managing director Daniel Hardy. “The rise in tobacco theft from delivery vehicles by organised crime gangs is obviously a worrying trend, but good risk management is key to preventing property theft and demands stricter security measures. When deciding which measures to take, factors such as geographical locations, routes, the time of delivery and nature of the goods being carried should all be considered, as well as the effective briefing of the drivers delivering such products.”

The NBCS is a not-for-profit initiative that enables the sharing of data between law enforcement agencies and the business community in order to reduce crime. It acts as a UK authority on public-to-private data sharing, as well as being a critical friend of business, the police service and all business reduction partnerships.

The NBCS’ work involves helping its members to see the full extent of the potential threat created by prolific or persistent offenders, issuing alerts on trends and patterns that assist all businesses to better understand any potential risks and how they might use their resources to reduce them.