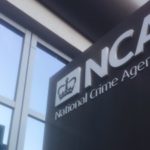 The work of two National Crime Agency officers has been recognised in Her Majesty The Queen’s Birthday Honours List.

Until recently, Mulder headed a threat team within the Border Policing Command. He led a team which prevented the border from being exploited by those who want to traffic people, import illegal firearms, move cash gained through criminal activity and import illicit drugs.

Previously, as an NCA international liaison officer based in The Hague, Mulder developed closer ties between police investigations in the Netherlands and the UK in a determined bid to fight international crime.