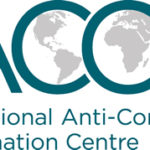 The IACCC’s members include agencies from Australia, Canada, New Zealand, Singapore, the UK and the USA, with Interpol scheduled to join later this year. There’s already significant co-operation between the countries in tackling transnational serious crime. However, to date no mechanism has prioritised or co-ordinated specific action against grand corruption.

The new IACCC will improve fast-time intelligence sharing, assist countries that have suffered from episodes of grand corruption and assist in bringing corrupt elites to justice.

Grand corruption can include acts of corruption by politically-exposed individuals that may involve vast quantities of assets and threaten political stability and sustainable development. Acts that might fall into this category include the bribery of public officials, embezzlement, abuse of function or the laundering of the proceeds of crime.

The UK committed to establishing and hosting the IACCC during the 2016 Anti-Corruption Summit. The NCA will host the IACCC until 2021 with active support from UK Government departments.

Donald Toon, director of economic crime at the NCA, informed Risk UK: “There’s no doubt that the world’s major economies are abused by corrupt leaders. We have a responsibility to guard against that abuse, limit the damage it causes to countries already battling poverty and pursue the individuals who put self-interest above the welfare of citizens. This is the first law enforcement partnership specifically co-ordinating the global response to grand corruption. We know from our experience the value that dedicated centres for collaboration bring to successful international law enforcement action, and we’ll use all of our combined expertise to tackle the most complex and devastating cases of corruption.”

Neil Gaughan, the Australian Federal Police (AFP) deputy commissioner for operations, said: “Bribery and corruption distorts competitive conditions resulting in an inefficient allocation of resources and economic disparity. International corruption requires a global response. It’s a threat to democracy, destabilising, corrosive of good governance and an impediment to economic development. As a member of the IACCC, the AFP is committed to combating these threats through enhanced law enforcement co-operation.”

Assistant Commissioner Paula Dionne of the RCMP’s Federal Policing Special Services observed: “Corruption benefits the few at the expense of the many. It has devastating effects on individuals and society. The IACCC creates an environment whereby investigators can collaborate and offer assistance to countries that don’t have the expertise or resources required to investigate these multi-jurisdictional criminal activities. As a member of the Governance Board, the RCMP supports the IACCC initiative in the fight against grand corruption.”

“No matter where corruption occurs, the FBI is committed to rooting out any deceit that betrays the public trust and threatens a fair economy,” outlined the FBI’s assistant director Stephen Richardson. “The FBI is excited about this opportunity for agencies around the world to come together through the IACCC because we’re most successful when we collaborate with our global partners.”

Wong Hong Kuan, director of the Corrupt Practices Investigation Bureau (CPIB), outlined: “Corruption has become increasingly transnational in nature and can severely affect national interests. The IACCC provides a platform for enhancing international co-ordination against grand corruption. The CPIB is supportive of the IACCC initiative and stands together with our international partners in the global fight against corruption.”

Tim Morris, Interpol’s executive director of police services, informed Risk UK: “Corruption creates a fertile ground for organised criminal activities and terrorism. It undermines political, social and economic stability, ultimately threatening the safety and security of society as a whole. With financial crime trails often revealing connections around the world, a united effort is essential if we’re to combat this global scourge.”

Law enforcement agencies that are members of the IACCC are as follows: the Australian Federal Police, New Zealand’s Serious Fraud Office, the New Zealand Police, the Canadian Mounted Police, the Corrupt Practices Investigation Bureau of the Republic of Singapore, the UK’s National Crime Agency and the Federal Bureau of Investigation. Agencies planning to join the IACCC later this year are Interpol, the US Department of Homeland Security, Immigration and Customs Enforcement and Homeland Security Investigations.

Switzerland and Germany were involved in the design and establishment of the IACCC and will remain observers, participating in the IACCC’s Governance Board meetings as and when occasion demands.