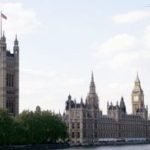 Figen Murray – the mother of Manchester Arena terror attack victim Martyn Hett –  opened the third annual Step Change Summit at the Farnborough Exhibition Centre by stating: “As the mother of a victim of terror, I don’t have the power to prevent other parents or families having to bury their loved ones like I did. But you do.”

Addressing a 300-strong audience consisting of numerous business leaders and security experts, Mrs Murray explained the devastating personal consequences of the attack at the Arianna Grande concert, going on to provide a heart-wrenching reminder as to why the Step Change Programme is so hugely important.

The Step Change Programme aims to support delivery of the Protect and Prepare objectives of the CONTEST strategy by creating a ‘whole of society’ approach between police, Government and the private sector. It was born out of the tragic events of 2017, when repeated terror attacks made it clear that policing needed the assistance of all facets of society in order to better protect the UK’s citizens and infrastructure against an unprecedented threat.

Policing and the private sector

A year on from 2018’s ‘Call to Action’ for businesses and industry to take a more active role in the protective security of the UK, this year’s Summit took stock of the progress made so far, but more importantly looked to the future of Counter-Terrorism Policing’s relationship with the private sector.

As the national co-ordinator for Protect and Prepare, chief superintendent Nick Aldworth commented: “2017 was about fighting fires, 2018 was about consolidating what we had learned during that difficult time and this year is all about looking to the future and taking the next step.”

That next step was taken by Security Minister Ben Wallace when announcing the launch of a ground-breaking interactive online platform – a £10 million project funded by Pool Re, the terrorism reinsurer, and led by Counter-Terrorism Policing in partnership with the Joint Security and Resilience Centre.

Designed to strengthen collaboration between business, industry and the public sector, the platform will give businesses access to expert advice, training and timely and accurate information in the event of an attack.

Deputy Assistant Commissioner Lucy D’Orsi, the senior national co-ordinator for Protect and Prepare, said: “At this Step Change Summit we need to look at how the public and private sector shape our future relationship, not to see industry as simply a commercial partner, but instead how they can work alongside us and co-fund protective security for the future. The relationship we have with Pool Re shows that, when we integrate together, we can take some great steps forward in keeping the public safer. This new platform will allow businesses to access credible information 24/7, connect users to experts, provide accredited online training and send direct messages in the event of an attack, all of which strengthens our front line against the unprecedented threat.”

The project is ambitious, but representatives from Counter-Terrorism Policing and Pool Re told the Summit that, over the next two years, it will develop from a concept to a working reality.

In the meantime, the Step Change Programme is already delivering substantial changes to the way in which we protect our crowded places and citizens.

What’s already clear is the dedication shown by private sector organisations to take a more active role in the protective security of the UK, and that greater collaboration between the public and private sectors is already making our country a safer place.

Bringing this year’s Summit to a close, Bill Moore CBE – co-chair of the Programme Board – set out the next steps that he believes the programme should take in order to become truly embedded in the private sectors’ consciousness for the long-term.

Moore observed: “We’ve made a fantastic start and we’re much better off than we were a year ago, but we have two big challenges going forward. First, we need to make the Step Change Programme self-sustaining. The second challenge is a challenge for businesses. We need to make sure protective security is front and centre in the minds of our Board members. We need to deliver engagement from CEOs, COOs and other executive directors because change is driven from the top. In every Board meeting, the Health and Safety of staff is a top priority and we must place protective security into that space. Once we can do that, the Step Change Programme can cease to exist because, by then, it will be business as usual and we will all be safer as a result.”

*Visit Step Change for more information on how your business can become involved in protecting your staff, infrastructure and the wider UK against the threat of terrorism or e-mail stepchange@met.police.uk