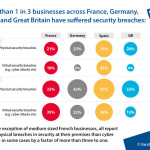 A comprehensive study conducted across four European countries by YouGov on behalf of Vanderbilt reveals that more than one in four (28%) of British SMEs have suffered loss, disruption or inconvenience as a direct result of physical or cyber security breaches.

The survey forms part of Vanderbilt’s 2015 European Security Barometer, which tests the climate of the electronic security market in Europe. The research provides valuable insight into consumer and business attitudes towards security.

As part of the survey, senior decision-makers at SMEs with up to 249 employees in Britain, France, Germany and Spain were asked about the loss, disruption of inconvenience caused to their businesses by breaches in security. 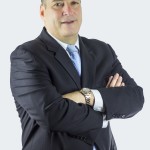 “The fact that many of the British businesses we surveyed do not have electronic security products like access control, CCTV or remote monitoring in place is a cause for serious concern,” noted Joe Grillo, managing director of Vanderbilt International. “This is particularly true given the number of security breaches that businesses report and the loss, inconvenience and disruption that these episodes cause.”

The survey finds that, where businesses do install electronic security equipment, this is to meet practical concerns.  Equipment is installed to prevent theft, vandalism and unauthorised access, yet considerations such as Duty of Care to employees, regulatory compliance, lowering insurance premiums and maintaining business continuity do not seem to factor anywhere near as highly.

British businesses confirm that, when it comes to specifying and purchasing electronic security products, brand loyalty is a minor concern. The survey reveals that end users value quality, price and features above customer service, integration and the brand.

Consumers were also questioned as part of the survey. A key discovery is the fact that 59% of British adults believe Britain is now more at risk from terrorist threats, crime and violence than a year ago.

The survey also reveals overwhelming support for the use of CCTV in combating crime, with nearly nine out of ten (89%) British adults supporting its role in preventing crime and providing evidence to the police service. In addition, 68% of British adults do not believe CCTV represents an infringement of civil liberties or that it invades their privacy.

The belief that Britain is more at risk than a year ago may be influenced by memories of recent terrorist events across Europe, and the fact that even if most are thwarted, terrorist attacks are now sadly a regular feature in the news. 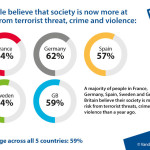 “The concern voiced in the survey is interesting when placed in the context of a downward trend in the number of recorded crimes”, noted Joe Grillo.

The survey reveals considerable interest among householders for advanced security technologies. A third of respondents were interested in an integrated security system combining CCTV, intruder alarms and access control while 35% focused on security products that can be linked with – and made to work alongside – other appliances in the ‘connected home’ of the future.

Crucially, this interest is not restricted to those that own their own homes. 36% of those that rent their home from a private landlord are interested in an integrated security system compared to only 28% of those respondents to the survey who own their home outright.

The 2015 Vanderbilt Security Barometer draws on research conducted by YouGov for Vanderbilt in April 2015. Fieldwork was undertaken between 7-15 April with the survey conducted online.

The figures have been weighted and are representative of business size or all adults in each respective country (aged 18+). All figures, unless otherwise stated, are from YouGov plc. The sample size of 7,539 was comprised as follows: 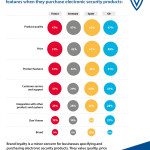 *Sweden: 1,020 adults (no suitable business sample was available to survey)

Consumers were asked a series of questions about the risk that society faces, the role and acceptability of CCTV, the type of electronic security products they have in their own homes and the products they would like to see in their homes in the future.

Businesses were asked about the number and type of security breaches at their premises and also questioned about the types of threat for which they require protection. Respondents were surveyed on the type of electronic security products installed in their workplace and asked about how buying decisions are made.