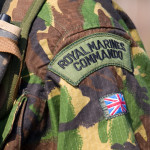 Specialist security solutions provider Corps Security’s contract for civilian security guarding and CCTV monitoring at a number of military bases has just been renewed by the Ministry of Defence (MoD). Following on from what was a highly competitive tendering process involving some of the UK’s major security providers, MoD HOCS Commercial will continue to work with Corps Security for the next three years (with an option to extend the current contract for a further two years).

The six bases have to be tightly guarded and protected from the possibility of terrorist attack or other forms of security threat. With people entering access points on a 24-hour basis, the Corps Security team is charged with checking personal identity cards and vehicle passes and carrying out vehicle checks.

In addition, Corps Security’s on-site officers conduct internal and external patrols in vehicles and on foot to maintain a visible presence and also monitor CCTV from designated stations.

Constant vigilance is a ‘must’ while established policy and procedure have to be followed to the letter at all times.

“This is an incredibly important contract for us and we’re extremely proud to have the opportunity to provide our services to MoD HOCS Commercial for a second consecutive term,” commented Gary Broad, major accounts director at Corps Security.

“As expected, the tender process was extremely rigorous,” continued Broad. “We’re pleased that the standards we work so hard to achieve and maintain have once again been recognised by a key customer.”

On a number of occasions, the Corps Security team working on this contract has been independently recognised at the British Security Industry Association’s annual Security Personnel Awards. In 2014, the officers involved won the Best Team accolade where the Judges identified the team members’ abilities to communicate effectively, carry out their duties with enthusiasm and flexibility and ‘go the extra mile’.

Association with the Armed Forces

As a business, Corps Security has always been proud of its long association with the Armed Forces. The Corps of Commissionaires was founded in 1859 by Captain Sir Edward Walter, a retired officer of the 8th Hussars, as a means of providing gainful employment for ex-servicemen on their return from the Crimean War.

The company’s current president, Sir Robert Fulton, is an ex-Commandant General of the Royal Marines. Corps Security also has an Armed Forces Corporate Covenant stating its commitments to supporting the UK’ Armed Forces community at all times.

Furthermore, over 60% of those security officers deployed on the MoD Fleet Commercial are themselves ex-Armed Forces personnel selected for their ability to recognise the types of threats these environments are likely to face.