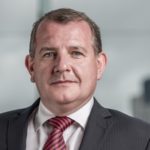 Jason Towse, managing director of Mitie’s Total Security Management business, has joined the leadership team of TINYg (Terrorist Information New York Group) – the not for profit international forum that offers free membership to its subscribers and up-to-the-minute information from all corners of the globe to assist organisations in combating terrorist threats.

This non-executive role complements Towse’s leadership role in the UK security industry, seeing him draw on the knowledge of an international network of anti-terrorism leaders and share UK security Best Practice.

The appointment of Towse to TINYg’s Leadership Team coincided with the announcement that he would speak at the group’s conferences in New York (held on Wednesday 21 September) and the London event to be staged at the headquarters of international law firm Allen & Overy on Wednesday 12 October.

TINYg’s conference programme is garnering huge interest this year. It’s being supported by global business leaders and security influencers alike. Towse was joined at the New York conference by Bob Forsyth, strategic managing director for Mitie’s security and cleaning businesses. Their focus was centred on the convergence of physical and cyber security and technology-led, data-driven outputs.

Speaking about the appointment, Towse told Risk UK: “I’m delighted to be joining the TINYg Leadership Team to support the fantastic work already being done to drive further collaboration between business, private security and the police service. My role as managing director for Mitie’s security business is to continue to push the boundaries within our sector, striving for positive change and assisting the market in understanding the true value of security to host organisations. I’m really looking forward to working with TINYg.”

David Evans, co-chairman and founder of TINYg, commented: “We’re excited to see Jason joining the Leadership Team. He will add real value to the group and its international dynamics in the 130 countries in which it currently serves. Jason has extensive expertise in the security industry spanning a 25-year career across both commercial and operational roles. I’ve known Jason for some time now, and I’m continually impressed with his drive, commitment and professionalism. He has already supported TINYg both here in London and in New York and has received very positive reviews from the membership. We feel Jason will enhance TINYg’s information delivery and purpose on a global basis.”

TINYg was formed following a meeting between Kevin Cassidy (then global head of security for Reuters) and David Evans, CEO of Global Aware International. During a business meeting, the subject of international terrorism was raised, and specifically the consequences of 9/11 in the USA and 7/7 in London. Cassidy and Evans were convinced that more could be done for the business community, Government, law enforcement, the Emergency Services and allied organisations such that they could communicate and network in a more effective, safe and appropriate way.

Passionate about the idea, Cassidy and Evans explored ways of making a difference. Agreement was quickly reached that a group with international reach would provide a uniquely placed vehicle for information sharing via e-mail which was filtered, salient and relevant, covering terrorist-related events on a global basis. It would also host regular meetings providing specialist speakers in terrorist-related subjects in New York city. This would provide both learning and networking opportunities, all of which would be free of charge to the group.

TINYg’s first meeting was hosted by Cassidy at the offices of Thomson Reuters in Times Square, New York on 16 March 2007. That initial gathering achieved all of its objectives by bringing together stakeholders from business, Government, law enforcement, the Emergency Services and allied organisations from both the USA and the UK and was deemed to be a resounding success.