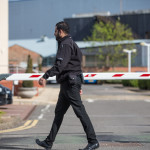 Following on from a competitive tendering process, Mitie Total Security Management (TSM) has been awarded a three-year security contract with NuGen that involves providing security personnel at three of the UK nuclear energy company’s foremost sites.

Mitie TSM has already been providing NuGen with site security cover for around twelve months now. Under the new agreement, which runs through until 2018, Mitie will manage security at the site of the Moorside Project – which is close to Sellafield in west Cumbria – as well as for NuGen’s headquarters in Manchester and at the company’s Moorside Information Centre located within Whitehaven Civic Hall.

The contract award recognises Mitie TSM’s expertise in the arena of critical security environments as well as the business’ online operations software WorkPlace+, which is designed to afford the end user client access to detailed and accurate real-time contract management information.

At present, NuGen is in the development phase of a project wholly focused on building three AP1000 reactors which will generate up to 3.6 GW of low carbon electricity. That’s equivalent to 7% of the UK’s total electricity requirements and enough to power up to six million homes.

The first of the three Westinghouse AP1000 reactors is targeted to be online come the mid-2020s.

Speaking to Risk UK about the new contract, Sam Stephens (NuGen’s head of security) stated: “The safety and security of both members of our workforce and the general public is always an overriding priority for us. Our work will continue to increase as we progress through our development phase. Placing this contract demonstrates our commitment to progressing the Moorside Project with the highest regard for security and safety at all times.”

Jason Towse, managing director of Mitie’s TSM business, added: “We want to give our clients the reassurance that they’re working with sector experts. Such reassurance is of paramount importance in critical security environments.”

In collaboration with its partner Lone Worker Solutions, TSM’s parent company Mitie has been awarded a five-year contract to deliver a lone worker monitoring and protection service for the Northumbrian Water Group (NWG).

NWG provides water and waste water services in both the North East and South East of England. The business boasts approximately 1,500 employees classed as lone workers who operate in roles focused on meter reading and various sampling tasks.

With the use of new technology provided by Mitie, engineers in rural and urban areas can interact with devices and call for assistance if required.

Mitie’s Lone Worker Manager platform allows the client to select the most applicable type of protection to build its own bespoke package. The platform works in conjunction with Mitec, Mitie’s 24-hour technology and innovation centre in Northern Ireland, and offers complete protection and a managed service for lone workers, in addition to complying with Health and Safety management legislation and future auditing.

Mitie is deploying three pieces of technology: a discrete dedicated device, a smart phone app and a satellite device suitable for three different categories of lone workers. The discrete dedicated device means help is available at the touch of a button, while the satellite device is essential for areas where mobile or 4G coverage is poor. For its part, the smart phone app removes the need for additional gadgets.

Overall, the technology employed is described as being “comprehensive, convenient and user-friendly”.

Diane Somerville, safety and environment consultant team leader at NWG, told Risk UK: “The feedback we’ve had from our lone workers is that they find it comforting to know there’s always someone available to listen to them and respond to their needs.”

Darren Gamage, director of technology services at Mitie, added: “We’re delighted to be working with NWG on the protection of its lone worker employees. It’s refreshing to find an end user organisation that embraces technology and innovation, in turn allowing us to deliver class-leading solutions configured to fully support the business.”